Alia Bhatt flaunts her baby bump in a mini dress 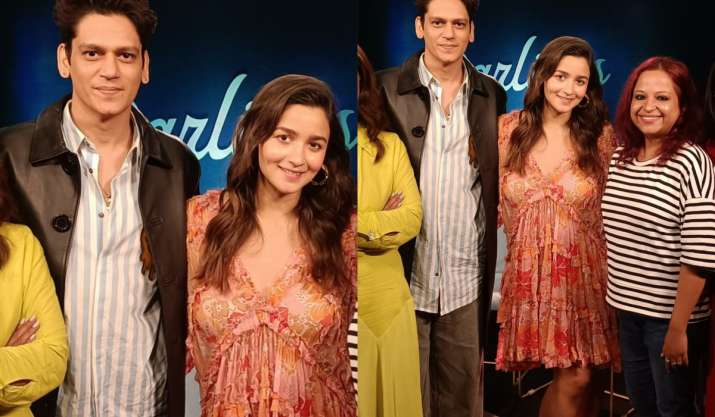 Alia Bhatt has won everyone’s heart with her performance and now she is in the most beautiful phase of her life. Alia Bhatt is going to be a mother soon. On 27 June 2022, Alia surprised everyone by announcing her pregnancy in a very unique way. On one hand, where Alia is enjoying her pregnancy life.

On the other hand, she is also taking full care of her career. Alia is currently busy promoting her film Darlings. During the promotion of this film, Alia was seen flaunting baby bump. During this, apart from her baby bump, her dress was also discussed a lot.

Recently some pictures of her have surfaced which have been done during the promotion of her film. On July 19, 2022, Alia was seen promoting her upcoming film Darlings. On this day Alia came wearing a very cute dress. Many pictures have come out during this promotion, which are becoming very viral on the internet at this time.

Talking about the look, Alia looked beautiful as ever in a paisley-print mini dress. Her baby bump is clearly visible in this dress. Light makeup, hoops and open hair complete Alia’s look. Alia is posing smilingly with her co-star Vijay. This dress is from Alia’s favorite brand ‘Zimmerman’. Her beautiful pleated mini dress is being priced around Rs 82,000.

Let us tell you that Alia and Ranbir got married on 14 April 2022 after dating each other for years. Alia announced her pregnancy by sharing a picture on June 27, almost two months after the wedding.