‘Anupamaa’: After reaching Kapadia House, Baa made a big spectacle, accused Anupama of breaking the house 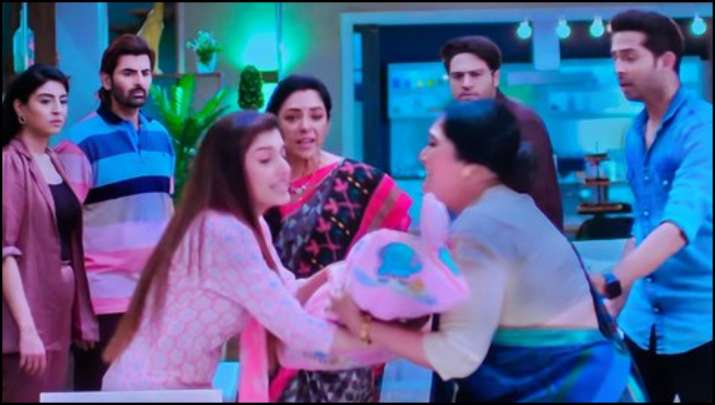 Anupamaa: The spectacle happening in the serial ‘Anupamaa’ is not taking its name to stop. Anupama is not playing the role of a mother but a mother goddess. Taking care of the responsibility and needs of all the people at the same time, as well as thinking about the happiness of all. Only a mother goddess can do this much. Talking about the story of the show, Anupama is trying her best to handle everything at the same time.

On one hand Anuj gets hit on the head and on the other, Kinjal gets worried about her daughter’s condition. In such a situation, at first Anupama herself is unable to explain herself what to do if she does. But Anupama knows that this is not the time to panic. Anuj and Kinjal also get upset seeing Anupama in this confusion. After seeing all this, Kinjal decides to leave the Kapadia house. But she stops when Anuj explains.

At the same time, Anupama blames herself for every situation and mistake. Next we will see that as usual in times of need, Baa, who has accused Anupama of being sweet and in the name of family, will be seen again doing a tamasha. Ba reaches Kapadia house and asks Kinjal and her granddaughter to go back home. During this, while crossing all her limits, Baa also taunts with the girl child. But by now everyone is aware of Baa and his mischief.

Baa explains to Kinjal that she should not destroy her house. Like Anupama, he did not break his marriage. Not only this, but not keeping control on her words, she also says that you should not do Anupama’s work like breaking the house.

- Advertisement -
Share
Facebook
Twitter
Pinterest
WhatsApp
Previous article‘Anupamaa’ Twist: On one hand Kinjal’s child’s life and on the other side her sweetheart, who will Anupama choose?
Next articleKhatron Ke Khiladi 12 Grand Finale Today, Winner’s Photo Leaked With Trophy!
- Advertisement -