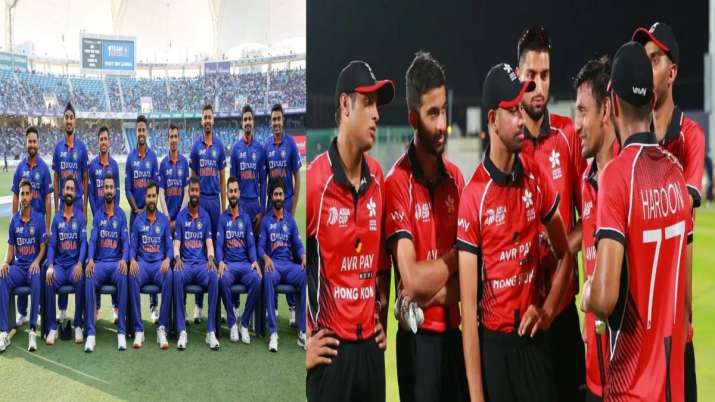 Asia Cup 2022, India vs Hong Kong: The Indian team made a winning start to the Asia Cup 2022, beating Pakistan by 5 wickets in the first match. India is present in Group A along with Pakistan and Hong Kong. Now India will play the second match of the group stage against Hong Kong on Wednesday, 31 August. In this match, everyone’s eyes will once again be on the playing 11 of the Indian team. It remains to be seen whether Rishabh Pant makes a comeback in this match or not and if so, whose place is he?

Also, Team India had landed against Pakistan with an extra seamer (fast bowler) Avesh Khan. Avesh needed a wicket in this high-voltage match but he proved to be very expensive too. Now in the second match, it has to be seen whether Rohit Sharma gives him a chance again or he gives a chance to the extra batsman in his place. Because as five bowlers Bhuvneshwar Kumar, Arshdeep Singh, Yuzvendra Chahal, Hardik Pandya and Ravindra Jadeja are present with the team. Here all five players can bowl 4-4 overs.

No space is being made for Rishabh Pant!

According to the current equation of the Indian team, Dinesh Karthik got a place in the first match and played as a wicketkeeper. He performed brilliantly in wicketkeeping and did not get much chance in batting. Karthik remained unbeaten on 1 run off 1 ball. As such, they cannot be thrown out. At the same time, according to the equations, it is difficult to be in the team instead of both Karthik and Pant. Pant’s place in the opening will also be made when Rahul is dropped. Rahul is the vice-captain and in such a situation, Pant’s place is not seen here too.

Team India’s eye will be on Super-4

India have won their first match and would like to seal their place in the Super-4 by defeating Hong Kong in the second match here. If India wins this match, then India will be on top in Group A as well. On the other hand, if Pakistan also beat Hong Kong, then the teams of India and Pakistan will qualify for Super-4 from Group A. If this happens, once again on September 4, a high-voltage match can be seen between India and Pakistan in Super-4.

Probable Playing 11 of both the teams