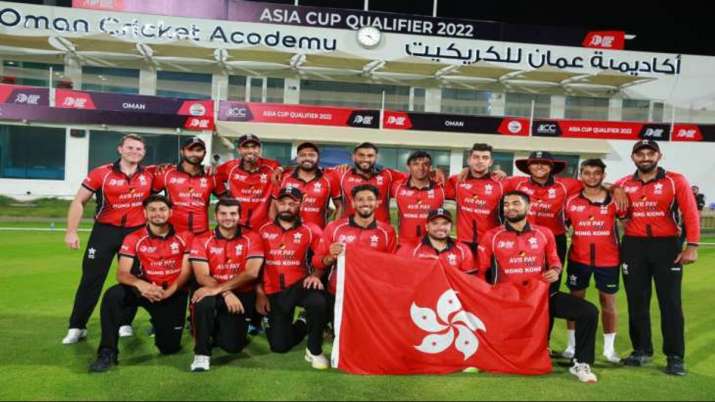 The league stage of the Asia Cup is starting from August 27. Teams like India, Pakistan, Bangladesh, Afghanistan and Sri Lanka have already qualified for this tournament. The Asia Cup was earlier to be played in Sri Lanka but has now been shifted to the United Arab Emirates (UAE).

The qualification rounds for the Asia Cup are being played in Oman and teams like Singapore, Hong Kong, United Arab Emirates and Kuwait are fighting each other for their place in the league stage of the tournament.

The fourth match of the qualifier round was played between Hong Kong and Kuwait. In this match, Hong Kong won the toss and decided to field first. Electing to bat first, Kuwait team scored 151 runs in 20 overs for the loss of 9 wickets. Chasing 152 runs, Hong Kong team made 153 runs in 17.4 overs losing 2 wickets and won the match by 8 wickets.

In this match, Kuwait’s top order could not do anything and they lost 3 wickets on the score of just 24 runs. Kuwait’s team could not recover from the initial setbacks throughout the match. Barring Edson Silva, none of his batsmen could score more than 30 runs. Silva played an important innings of 56 runs in 30 balls.

What is the status of the points table?

So far Hong Kong is on top of the points table with 4 points. The Hong Kong team has played two matches and has won both. UAE team is second after winning one match in two matches. At the same time, Kuwait’s team has also won one match but due to lower run rate than UAE, it is in third place. The Singapore team has not won a single match in this tournament and is out of the tournament.