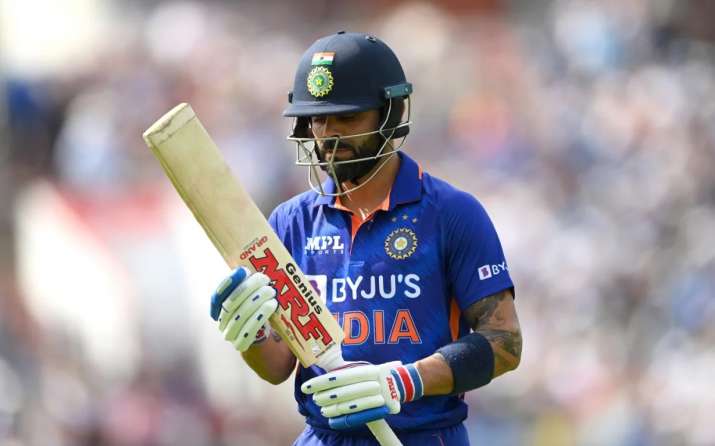 Asia Cup 2022 Virat Kohli : Team India has reached UAE for Asia Cup 2022. After reaching Dubai, Team India also practiced on Wednesday. Although all the players of India have practiced, but all eyes were on former Indian captain Virat Kohli. Virat Kohli’s form is not going well at the moment and he is returning to Team India after about a month. The video of Kohli practicing in the nets has gone viral on social media. Which is also being liked a lot.

Former captain Virat Kohli was rested for the tour of West Indies and Zimbabwe. During this, Virat Kohli not only rested, but also worked hard to overcome his shortcomings. Everyone knows how much he is concerned about fitness. Meanwhile, during the practice session, Virat Kohli faced both spinners and fast bowlers and the video shows that they are sweating profusely.

Kohli played a lot of strokes on the balls of Ravindra Jadeja, one ball fell outside the boundary. Yuzvendra Chahal came after this, Kohli was seen getting stuck on his balls. After this, Kohli also faced Ashwin’s balls. After Kohli practiced a lot against the spinners, he also played fast bowler Arshdeep Singh’s balls and was seen trying to score runs.

Virat Kohli and Babar Azam met during practice only

Kohli and the entire team India had come to the ground for practice on Wednesday itself. By the time Team India reached the ground, the Pakistani team had finished their practice. During this, Kohli also met Pakistani captain Babar Azam.

The two shook hands with each other, Kohli placed his hand on Babar’s shoulder and it was a matter of seconds. After this Kohli started his practice. Its video and photo also became very viral on social media. Now it has to be seen how Virat Kohli performs when the Indian team takes on the field in their first match against Pakistan on August 28.