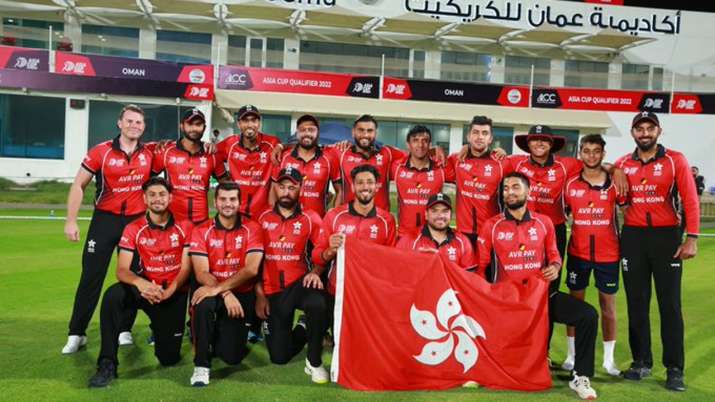 ASIA CUP QUALIFIERS HKG VS UAE : Now only a few hours are left for the start of Asia Cup 2022. This year the Asia Cup is being organized in the UAE. The Asia Cup was earlier to be held in Sri Lanka. But due to the ongoing economic crisis in Sri Lanka, this tournament was shifted to UAE. A total of 6 teams are participating in this tournament. India, Pakistan, Sri Lanka, Bangladesh and Afghanistan have already qualified for this tournament. At the same time, after the match played between Hong Kong and UAE in the Asia Cup Qualifier yesterday, the Asia Cup got its sixth contender as Hong Kong. In this match, Hong Kong team defeated UAE by 8 wickets.

In this match, Hong Kong won the toss and decided to bowl first. The UAE team, which came to bat first, was all out for 147 runs in 19.3 overs. Chasing 148, the Hong Kong team made 149 runs in 19 overs for the loss of 2 wickets and won the match. With this win, Hong Kong’s team qualified for the league round of the Asia Cup 2022. The UAE team, who came to bat first, started very fast, but in 2.3 overs, UAE lost the wickets of its 3 top batsmen on the score of 25 runs. After which the UAE captain tried to handle the innings but due to his slow innings, the team could not score big. UAE captain Rizwan scored 49 runs in 44 balls. In the end, Zawar Farid played an innings of 41 runs in 27 balls, due to which the team could reach the total of 147 runs. Ehsan Khan from Hong Kong took 4 wickets for 24 runs in 4 overs.

Chasing the target of 148 runs, the openers of the Hong Kong team kept their grip in the match from the beginning and gave the team a good start. Openers Najakat Khan and Yasim Mortaza put on 85 runs for the first wicket, after which Hong Kong’s win was almost certain. Babar Hayat, who came to bat at number three, scored 38 runs in 26 balls and won the match by 8 wickets. Hong Kong’s Ehsan Khan was adjudged the man of the match for his brilliant bowling.

The Hong Kong team will now join Group A in the league stage of the Asia Cup 2022 along with India and Pakistan. He has to play his first match against India on Wednesday, 31 August. And the second match against Pakistan on 2 September. It will not be easy for Hong Kong to face both these teams. India and Pakistan are strong contenders for the Asia Cup.