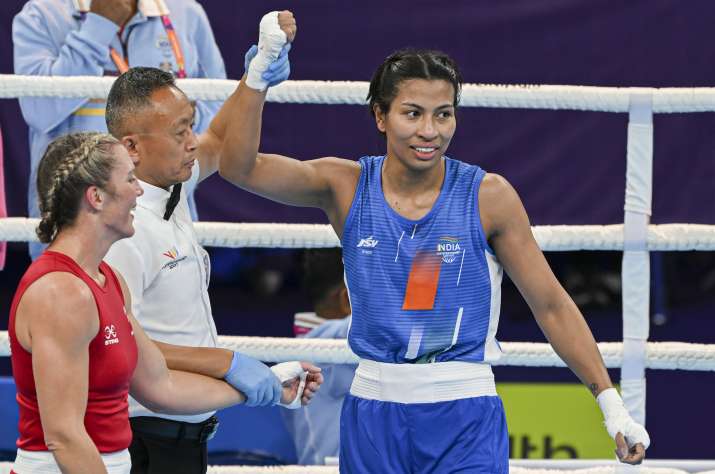 Asian Boxing Championships : Veteran Shiv Thapa and Tokyo Olympics bronze medalist Lovlina Borgohain will lead the Indian men’s and women’s team’s challenge, respectively, at next month’s Asian Boxing Championships. The selection trials for the prestigious continental competition to be held in Amman, Jordan from 30 October to 12 November were held at NIS Patiala from Thursday to Saturday.

Nikhat and Amit did not give trial

Defending world champion Nikhat Zareen, three-time Asian Championship medalist Amit Panghal and Birmingham Commonwealth Games medalists Rohit Tokas and Sagar Ahlawat did not take part in the trials. A source in the Boxing Federation of India (BFI) told PTI that Zareen has been rested from the tournament while Panghal, Tokas and Ahlawat are injured. Thapa is a five-time Asian Championship medalist. He has so far won one gold, two silver and as many bronze medals in this top competition.

There will be hope again from Shiv Thapa

In the previous tournament he won his fifth consecutive medal with a silver medal and became the most successful Indian male boxer in the history of the tournament. The only other male boxer to win five medals at the Asian Championships is Kazakhstan legend Vasily Levitt. He is also an Olympic silver medalist and a two-time World Championships bronze medalist. Two-time Commonwealth Games bronze medalist Mohammad Hussamuddin (57kg) is the other prominent name in the men’s team.

Lovlina will have to return

After not performing as expected in two major tournaments – the World Championships and the Commonwealth Games – Lovlina would like to prove herself. The 24-year-old Lovlina, who won a bronze medal in the last tournament, will compete in the 75kg category as she begins preparations for the Paris Olympics, which will miss her welterweight 69kg category.

The women’s team also includes World Championships bronze medalist Parveen Hooda (63kg) and youth world boxing champion Alfia Pathan (+81kg). The Indian contingent is likely to leave for Amman in mid-October for a 15-day training camp ahead of the tournament.

The teams are as follows: