Auto Expo 2023: 4 new cars will be entered in India, know what will be special in upcoming cars 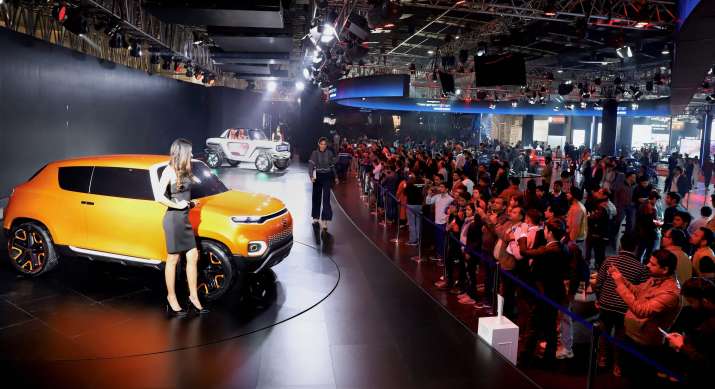 Auto Expo 2023 : If you are thinking of buying a new car, then wait a little longer as some of the latest cars will be launched at the Auto Expo 2023, which will be held next January in the city of Noida near Delhi. In recent times more cars, bikes and scooters have been launched in the Indian vehicle market.

This process will continue for many days. Auto Expo 2023 is organized in the month of January next year in Noida city near Delhi. During this event, many automakers from around the world including India will present different vehicles in India. Today we are going to tell you about some such upcoming cars, which will be introduced in India at Auto Expo 2023.

The five-twin spoke alloy wheel design has been given in the Maruti Jimny 5-door version. Also, the bumper of this car will also be slightly bigger. The car will get the old 1.5 liter 4-cylinder, NA petrol engine. We have seen this engine in Maruti’s recently launched Maruti Grand Vitara SUV and Maruti Brezza. This engine can generate 100 bhp power and 130 newton meter torque.

Maruti Suzuki Swift is a popular hatchback car in India. The car has been dominating the Indian auto market for the past decade and a half. The company launched the updated model of this car in 2018. The company has now updated this car. The facelifted model of Maruti Swift will be launched soon. This car can be launched in India in 2023.

It will get new LED elements, updated bumper. The facelifted Swift car will get new foglamps, C shaped air splitters, dual tone alloy wheels, new body panels, blacked out pillars and spoiler. The car will be powered by a 1.2L 3 cylinder petrol engine which will be mated to a strong hybrid powertrain. This car will give a mileage of more than 30 kmpl.

The car will get raked windshield, chunky bumper and boot lid integrated spoiler. The new Baleno Cross is powered by a 1.2-litre four-cylinder naturally aspirated K12C Dual-Jet petrol engine. This engine can generate 90 bhp power and 113 newton meter torque. Also, it can get the option of 5 speed manual and automatic transmission.

The facelifted Kia Carnival was to be introduced in the global market in 2021. This car will soon be introduced in India. Kia Motors has not yet announced the launch date of this car. But it is being said that the company can introduce this car in India during the upcoming Auto Expo 2023. The new Kia Carnival will measure 5155 mm in length, 1995 mm in width and 1775 mm in height.

The global model of this car comes with 3.5L V6 MPi petrol, new 2.2L Smartstream and 3.5L GDi V6 Smartstream engine options. In India, this car can be offered with a 2.2 liter diesel motor. This engine can generate 200bhp power and 440Nm of torque. An 8-speed automatic gearbox option will be available in this car. The car will get features like blind spot assist, lane keeping assist, surround view monitor, forward collision avoidance assist and high beam assist.