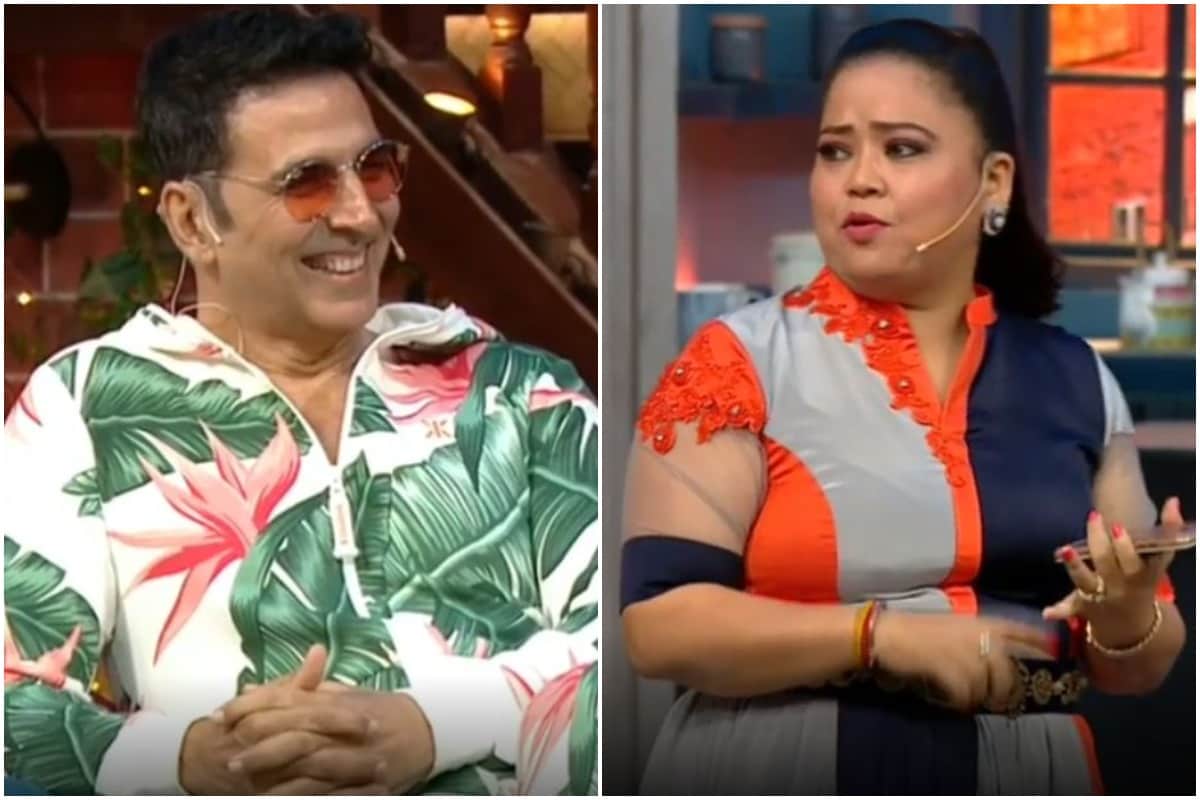 New Delhi: In the first episode of ‘The Kapil Sharma Show’, Akshay Kumar will be seen tickling the audience with his words. The show will be shown every Saturday and Sunday at 9.30 pm on Sony Entertainment Channel from 21st August. Obviously, having Akshay Kumar will double the fun of the show. He will be seen slamming Kapil Sharma in the first episode, which is reflected in the promo video of the show. In one such video, Bharti Singh is seen jokingly saying something to Akshay Kumar. Due to this, along with Akshay, all the viewers are stunned.

Akshay Kumar has reached the show along with the actresses of his film ‘Bell Bottom’ for its promotion. In the promo video of the show, Bharti Singh is surprised to see Akshay and asks, ‘Is this Salman Khan’s production or Akshay Kumar’s? So often only a master comes to see if everything is going well or not. Hearing this, everyone starts laughing.

In the promo video, the comedians of the show are seen in their respective characters. This promo video has been shared by Sony TV from its official Instagram account, on which more than 1 lakh views have come. Let us tell you that Salman Khan is the producer of ‘The Kapil Sharma Show’, who has appeared in the show only 2 or 3 times so far. Whereas, Akshay Kumar has participated in the show many times. This season, Bharti Singh, Krushna Abhishek, Archana Puran Singh, Sumona Chakraborty, Rochelle Rao and Kiku Sharda and Sudesh Lahiri will be seen making people laugh.

The good news is that this time the live audience will be seen in the show. However, only those people who have got the Kovid-19 vaccine will be entered in the show. Apart from this, the show makers are taking full care of the Kovid protocol and following social distancing.