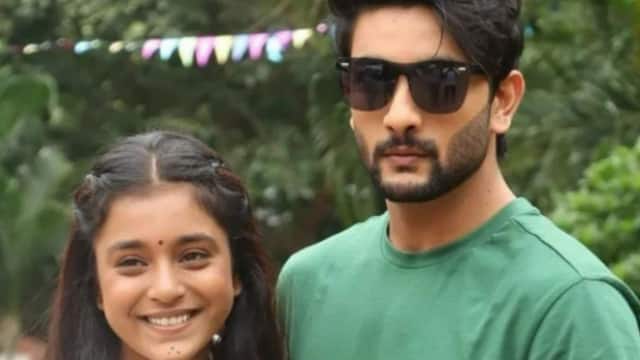 Since the beginning of Bigg Boss 16, there has been a lot of mixed response regarding Sumbul Touqueer Khan. In the show, she was first called a child, then it was said that she is obsessed with Shalin Bhanot and follows her around. Many times Sumbul’s father has explained to him that Shalin and Tina are doing wrong to her. Both are creating a negative image of him behind his back.

Meanwhile, the promo of the show has now surfaced in which the entry of the wild card contestant has been shown. Interestingly, this wild card has a connection with Sumbul. Actually, the contestant who has come is Fahmaan Khan. In the promo you will see that Bigg Boss says that now is the time for the first wild card of this season. Then Sumbul sees Fahman Khan taking the entry. Seeing Fahman, Sumbul shouts loudly that my Fahman has come and she climbs on Fahman’s lap.

Sumbul shouts in happiness that he has come, so now I don’t want anything. Then Sumbul says that you were not going to come, were you? So Fahman says I thought you needed. So Sumbul says I love you Fahman. By sharing the video, the makers wrote, Fahman Khan has taken the entry in the wild card entry. Will everyone’s strategy change because of this?

Tina and Shalin’s facial expressions change drastically with Fahman’s arrival. Now will Fahmaan, Shalin and Tina take revenge for what happened to Sumbul till now or will she show the real mirror to Sumbul, Shalin and Tina after Fahmaan arrives. Well, it is clear that there is going to be a lot of ruckus in the upcoming episodes.

Let us tell you that Sumbul’s father spoke to him a few days back. Then after telling the truth of Shaleen and Tina, he also took the name of Fahman Khan. He said that you have another friend Fahman who always supports you and you have never faced any problem because of him. Now who knew that just a few days after Fahman’s discussion, he would be brought on the show.

Earlier it was reported that TV actress Riddhima Pandit will enter the show as a wild card contestant. She had also appeared in Bigg Boss OTT earlier. However, she could not stay in the show for long and left. The fans were getting excited as to what would happen if Riddhima comes now. But then the actress herself denied these reports. She posted on social media that she is not coming to the show.