BJP’s demand – arrest of the person who broke the statue of Maharaja Ranjit Singh, demonstrated in front of the Pakistan Embassy 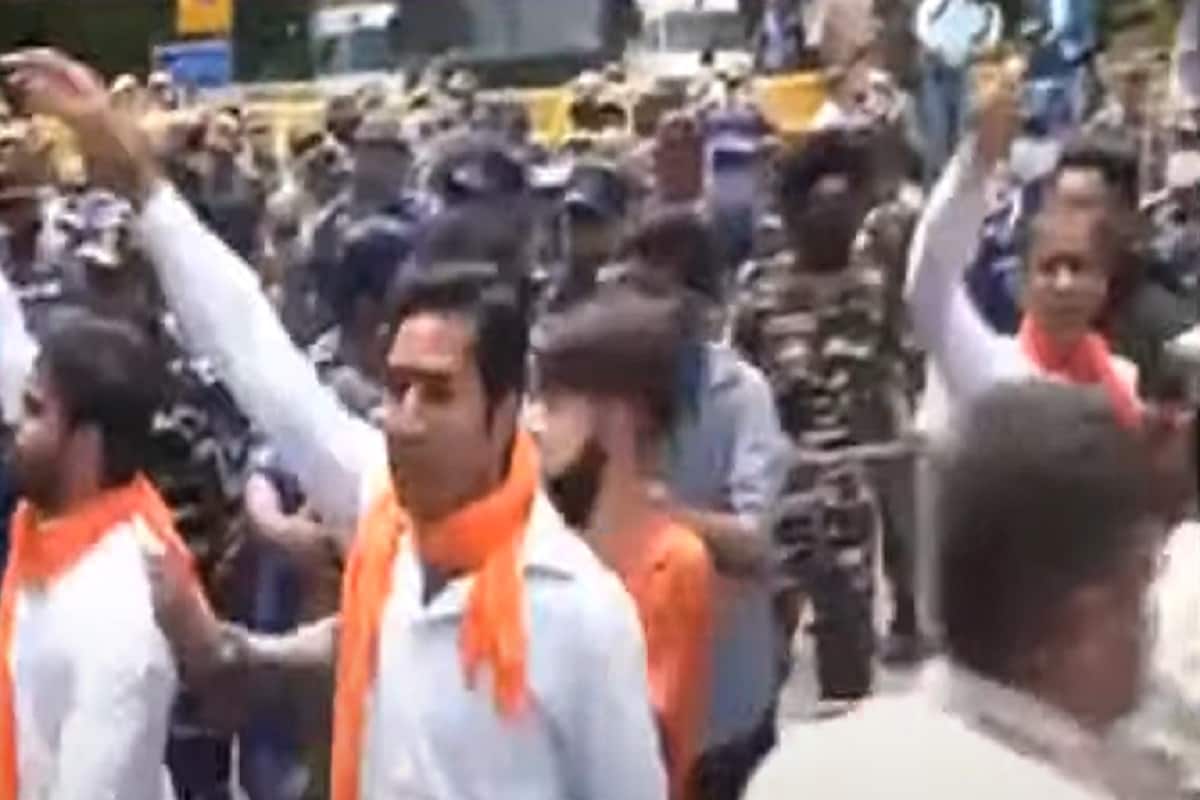 New Delhi. The Bharatiya Janata Party (BJP) protested outside the Pakistan High Commission in the national capital Delhi in protest against the demolition of the statue of Maharaja Ranjit Singh in Pakistan. During this, the police had made elaborate security arrangements. The Delhi unit of BJP was mainly involved in this demonstration. Talking to reporters during the protest, Delhi BJP Chief Adarsh ​​Gupta said that the attackers who vandalized the statue of Maharaja Ranjit Singh in Lahore should be arrested. BJP workers raised slogans of ‘Bharat Mata Ki Jai’ and ‘Pakistan Murdabad’ during the protest.

A nine-foot-tall bronze statue of Maharaja Ranjit Singh in Lahore Fort in Pakistan’s Punjab province was damaged by a religious fanatic on Tuesday. This statue, installed in the year 2019, has been damaged for the third time. A video of the incident has been uploaded on social media in which the accused is seen breaking the arm of the idol while raising slogans and bringing down Singh’s statue from the horse. It was also shown in the video that during this time another person comes and stops the person who damages the statue.

The police have arrested an activist of the banned Tehreek-e-Labbaik Pakistan (TLP) in this connection. The Lahore Fort administration said that strict action would be taken against the accused. On the incident, Information Minister Fawad Chaudhry said in a tweet that such “illiterates are really dangerous to the image of Pakistan at the international level”.

What did the assistant to the Pakistani prime minister say?
On the other hand, Special Assistant to Pakistan Prime Minister Imran Khan, Dr Shahbaz Gill said that immediate action will be taken against the accused. Gill said, ‘These are symptoms of a sick mentality. This is an attempt to malign the image of Pakistan. Police should take strict action against the guilty. Lahore Police Chief Ghulam Mahmood Dogar said in a statement that “the suspect used a hammer to damage the statue”. “An FIR has been registered against the suspect and he is related to TLP,” he said.

According to the FIR, Muhammad Rizwan, a resident of Mandi Bahauddin district of Punjab province, crossed the iron fence around the statue of Singh at 7.55 am and vandalized it. A case has been registered against him under sections 295 and 427 of the Pakistan Penal Code.

This statue of the Sikh ruler Maharaja Ranjit Singh was nine feet high. In this, he is shown in full Sikh attire, sitting on a horse with a sword in his hand. The statue was unveiled in June 2019. This is not the first time the statue has been targeted. Murthy’s arm was broken in Lahore last year. According to ‘Geo News’, it was damaged by two youths in August 2019. Maharaja Ranjit Singh was the founder of the Sikh Empire, which ruled the northwestern Indian subcontinent in the first half of the 19th century.