‘Cirkus’ Teaser: Ranveer Singh seen in double role, the story of the film will take you to the 60s 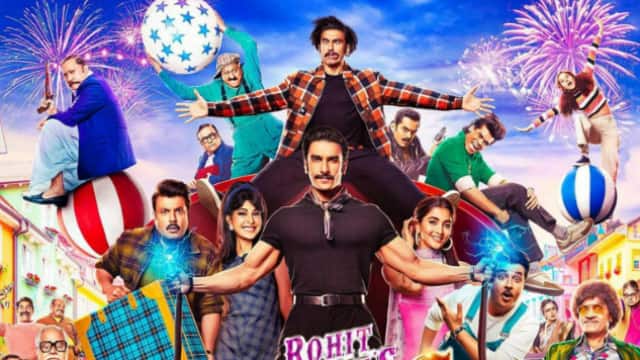 The teaser of Ranveer Singh’s film ‘Circus’ has been released today. Glimpses of all the characters have been shown through this trailer. During this, everyone is seen in the look of the 60s. And some characters in double role. The teaser begins with Sanjay Mishra. Sanjay Mishra says, Ladies and Gentlemen, Welcome to 60 Decades. Then Johnny Lever says, what were those days when children used to ask questions to their grandparents, not Google.

After this Ashwini Kalsekar says that at that time news used to be only news, not breaking news. Then Tiku Talsania says that children used to sleep listening to lullabies, not watching someone’s story. Hey Apni Picture Circus is also a story of the same time
Then Ranveer says that Circus is the story of those times when life was simple because then the love of parents was necessary. No likes from social media.

Jacqueline says hey tell me when is the circus coming? Then Pooja Hegde says, everyone knows that the circus is coming on Christmas. Then it is told that the trailer will come soon on 2 December. But will take you back to the 1960’s.

Sharing the teaser, Ranveer wrote, Welcome to our world. The trailer will come on December 2. Tell us about the star cast of the film that Ranveer Singh, Jacqueline Fernandes, Pooja Hegde, Varun Sharma are in lead roles. Apart from these, the film also stars Tiku Talsania, Vrajesh Hirje, Ashwini Kalsekar, Murli Sharma, Vijay Patkar, Sulabha Arya and Brajendra Kala. The film will be released on the occasion of Christmas on December 24 this year.

The shooting of the film is over this month. Ranveer himself announced about this on social media. He shared a photo with Rohit Shetty and Varun Sharma and wrote, shooting over, promotion planning started. Master plan of master filmmaker.

Let us tell you that this film is set on William Shakespeare’s classic play The Comedy of Ayers. It depicts the story of twin brothers who were separated at birth. Rohit Shetty is directing the film. This is Ranveer and Rohit’s third film together. Earlier both have worked together in the films Simmba and Sooryavanshi. Although Ranveer had a cameo in Sooryavanshi.