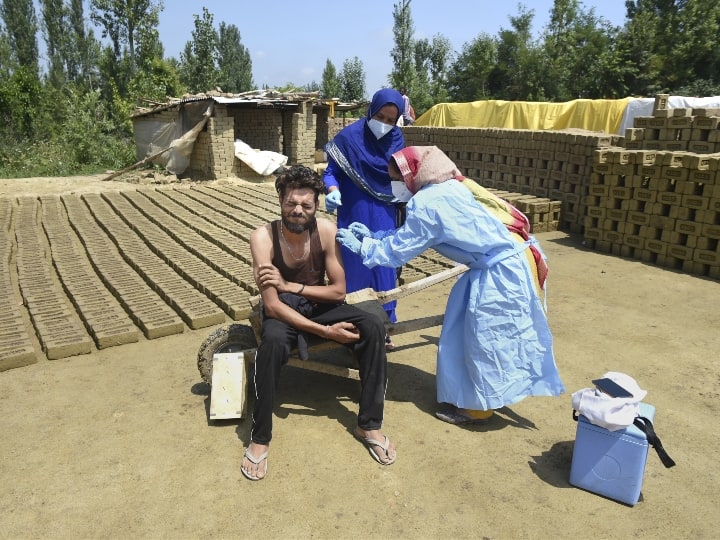 Corona Vaccination: The number of corona vaccinations in the country has crossed 50 crores. The Union Health Ministry said that with 43.29 lakh doses given on Friday, 50,03,48,866 doses of anti-Kovid-19 vaccine have been given in the country. PM Modi has expressed happiness about this.

He said in a tweet, “India achieved a new milestone in the fight against Covid-19 today and has crossed the 50 crore mark. Taking this number forward, we want to ensure that our citizens get its benefits under the program ‘Vaccine for all, free vaccine’.

India’s fight against COVID-19 receives a strong impetus. Vaccination numbers cross the 50 crore mark. We hope to build on these numbers and ensure our citizens are vaccinated under #SabkoVaccineMuftVaccine movement.

At the same time, Home Minister Amit Shah tweeted and said, “The world’s largest Covid vaccination campaign under the leadership of Modi has made a new record by crossing the 50 crore mark today. In such a large country, such widespread vaccination in such a short time shows the sensitivity of Modi ji towards safeguarding the lives of every countryman.

Referring to the pace of the vaccination campaign, Health Minister Mansukh Mandaviya tweeted that it took 85 days for India to touch the 100 million mark. At the same time, crossed the figure of 20 crores in the next 45 days, while after 29 days it reached the figure of 30 crores. At the same time, after 24 days 40 crores and 20 more days later 50 crores crossed the vaccination figure.

The ministry said that more than one crore doses have been given in the age group of 18-44 in five states- Madhya Pradesh, Gujarat, Rajasthan, Maharashtra and Uttar Pradesh. According to the provisional report, a total of 43,29,673 doses were administered on the 203rd day (August 6) of the vaccination campaign. Of these, 32,10,613 were given the first dose and 11,19,060 were given the second dose.

- Advertisement -
Share
Facebook
Twitter
Pinterest
WhatsApp
Previous article
WhatsApp’s cool trick! Send message by speaking without typing, it is very easy way
Next article
Benefits of lentil water: Drink a bowl of lentil water every day at this time, diseases will not come around, know the tremendous benefits
- Advertisement -