Deepesh Bhan was far away from cigarette liquor, had done full body checkup 10 days ago 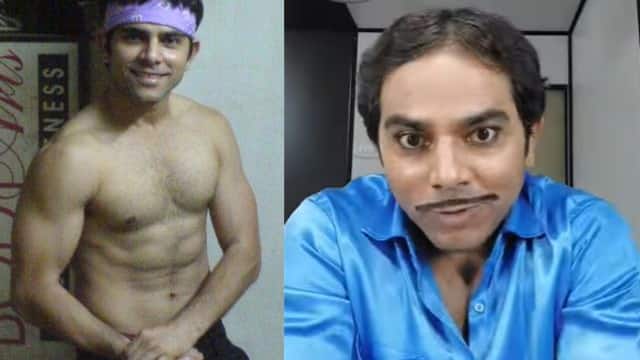 The sudden demise of actor Deepesh Bhan, who played the role of Malkhan in the TV show ‘Bhabiji Ghar Par Hain’, was a big shock for the entire star cast of the show and all their fans. Deepesh was very fit and his co-stars are telling about him how he used to do routine workouts and take great care of his health. Actor Asif Shaikh, who played the role of Vibhuti Narayan in ‘Bhabiji Ghar Par Hain’, revealed how much Deepesh was aware of his health.

Asif Sheikh said, ‘He had got his full body checkup done just 10 days ago. He told me that he has no cholesterol etc., but my blood pressure is a little low. High blood pressure is a matter of concern. Asif Sheikh said that he has a young wife and only 18 months old child. He cannot even imagine what Deepesh’s family must be going through at the moment.

Married 3 years ago, Deepesh was the family man

Asif Sheikh said about Deepesh Bhan’s habits and his family nature, ‘I have met his wife and their children. He lives right here in Mumbai. He got married just three and a half years ago and was a happily married man. Whatever his wife cooked, she shared it with us and I used to play with her child. He was a family man.

Such were the habits of Deepesh Bhan regarding health

Asif told that Deepesh Bhan used to stay away from alcohol. He told that he never touched alcohol, cigarettes or any such thing. He used to work out in the gym for 3-3 hours and his body was very clean. Let us tell you that Deepesh has shared many of his pictures on Instagram, in which his 6 pack abs can be clearly seen. Dipesh was absolutely fit, so his departure is a big shock for everyone.