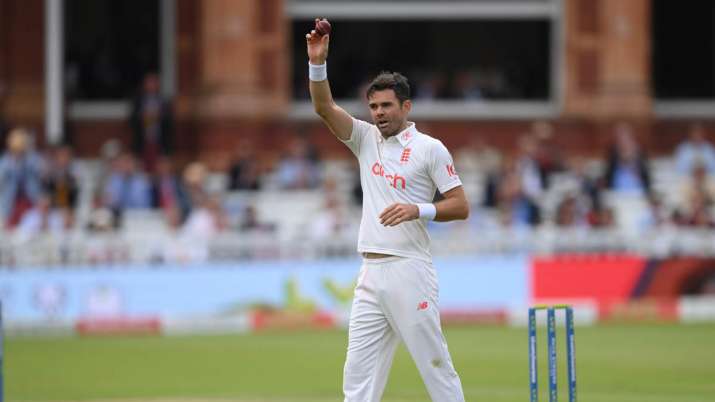 England pacer James Anderson, who took a five-wicket haul in the first innings of the second Test against India, said on Friday that Lord’s certainly brings out his best. Anderson said that whenever a player plays for England, he wants to do well.

Veteran seamer Anderson said taking seven five-wicket hauls is an “incredible” feat and hopefully not his last chance at Lord’s. “Whenever I’ve played at Lord’s before, I’ve thought, ‘Am I playing here for the last time?’ Every time you wear an England shirt you want to do well, but that’s definitely something special for me about Lord’s.”

Jimmy said, “I made my debut here, took my first five-wicket haul here. Taking seven five-wicket hauls here is unbelievable. I love playing here and it feels like it’s the best for me, whether it’s the wicket or the place.” Hopefully, this isn’t my last time or my name on the honors board.”

On the second day of the second test match being played at Lord’s, the Indian team was all out for the first 364 runs. In response to India’s score, England scored 23 runs in the first innings till tea time without losing a wicket. Meanwhile, English captain Joe Root has become the second highest Test run scorer for England.

Joe Root (8935) achieved this feat, overtaking former captain Graham Gooch (8900). Alastair Cook (12472) holds the record for most Test runs from England. On Root’s achievement, Anderson said, “Joe Root is amazing. Captaining a team throughout his career and during this past 12 months especially when the team was going through pandemic and pressure has been nothing short of a superhuman.” ”