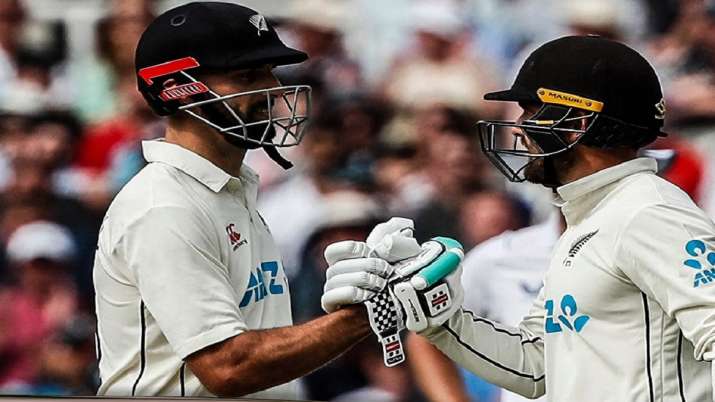 In the first Test match between England and New Zealand, the visiting team has strengthened its hold by making a strong comeback. New Zealand’s team has taken a lead of 227 runs at the end of the second day’s play of the Test match being played at Lord’s ground in London. New Zealand’s team has scored 236/4 in the second innings. Tom Blundell (90 *) and Darryl Mitchell (97 *) are on the crease for his side. There has been an unbroken partnership of 180 runs in 339 balls for the fifth wicket between the two.

Earlier on the second day, England started playing ahead of 116 for seven in the morning. But soon his last three wickets also fell. The hosts could only manage 141 runs in the first innings with a lead of 9 runs. Tim Southee and Trent Boult played an important role in this. Saudi took four for 55 while his fellow fast bowler Bolt took three wickets for 21 runs.

After this, New Zealand did not have a good start in the second innings as well and lost their top four wickets at 56. But after this, Blundell and Mitchell handled the team together and did not allow a single setback. With the partnership of these two, New Zealand took their lead over England to 227 runs.

England’s team was reduced to just 141 runs in the first innings. Matt Potts continued to make headlines in his debut, taking two of New Zealand’s four wickets in the second innings as well, taking the wicket of captain Kane Williamson for the second time in the match. Fast bowler Potts also took four wickets in New Zealand’s first innings, in which the team was reduced to 132 runs.