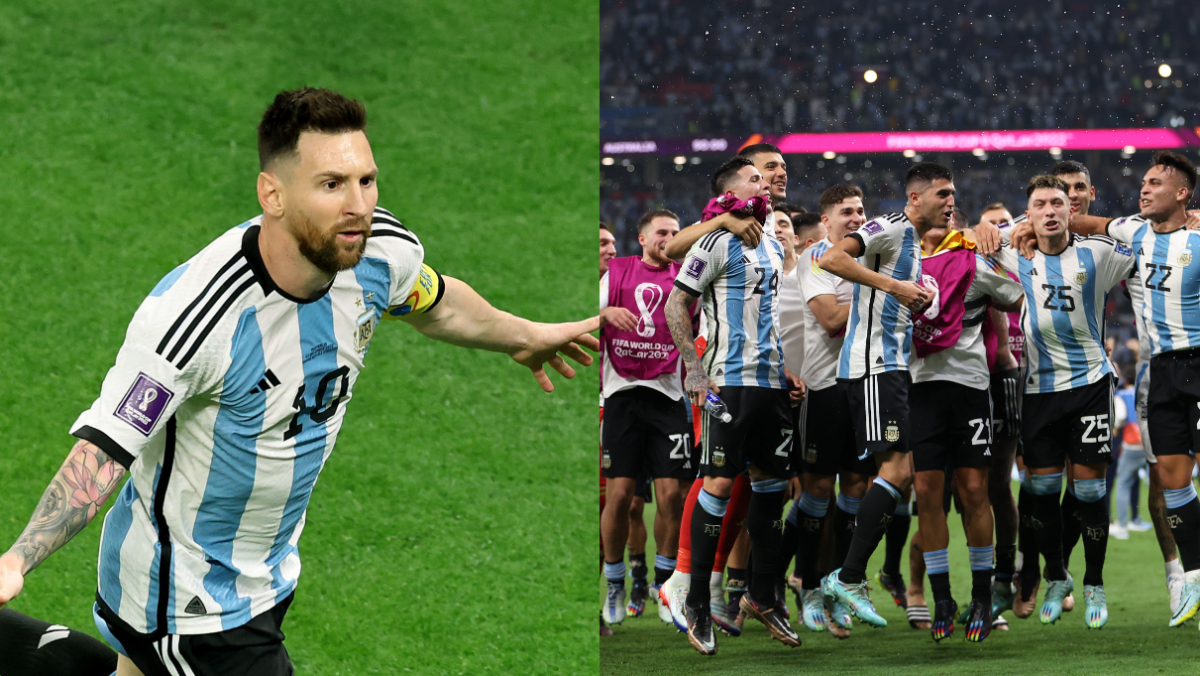 On the other hand, the Netherlands team was the first to make its place in the quarterfinals. Argentina team has to play against Netherlands in the next round i.e. quarter finals. This match between the two teams will be played on 9 December.

High praise for his defenders 🙌 @Budweiser Player of the Match, Lionel Messi, singled out Argentina’s centre-backs following their Round of 16 victory against Australia 🇦🇷 #ARGAUS @budfootball #POTM #YoursToTake #BringHomeTheBud pic.twitter.com/tM78gAKJZ8

In the match, Argentina captain Lionel Messi scored a brilliant goal to take his team to the final of the FIFA World Cup for the 10th time. This was Messi’s 1000th match. Which was made even more memorable by Messi scoring a goal. After the victory in the match, Messi said, ‘It was an amazing feeling.

We all are very happy to share these moments. I know what the fans are trying to do to be here in every match, I know that the whole of Argentina would like to be here but it is not possible. The fans of Argentina have high expectations from their team. This is Messi’s last FIFA World Cup, so Messi would like to win it and leave the World Cup with good memories.

How was the match

Watch the highlights from Argentina’s win over Australia for free on FIFA+ now! 👇

The match could have turned either way if Argentina had made one mistake after this goal. But the Argentine players did not let this happen and maintained a 2-1 lead till full time and won the match. The challenge for the Netherlands in front of Argentina in the quarter-finals will not be easy. In the year 2014, the semi-final match was played between the two teams. Where Argentina won the match.

Two pre-quarter-final matches will be played in the World Cup on Sunday, December 4.