FIFA World Cup 2022: Brazil defeated Switzerland by a margin of 1-0. This is Brazil’s second consecutive win 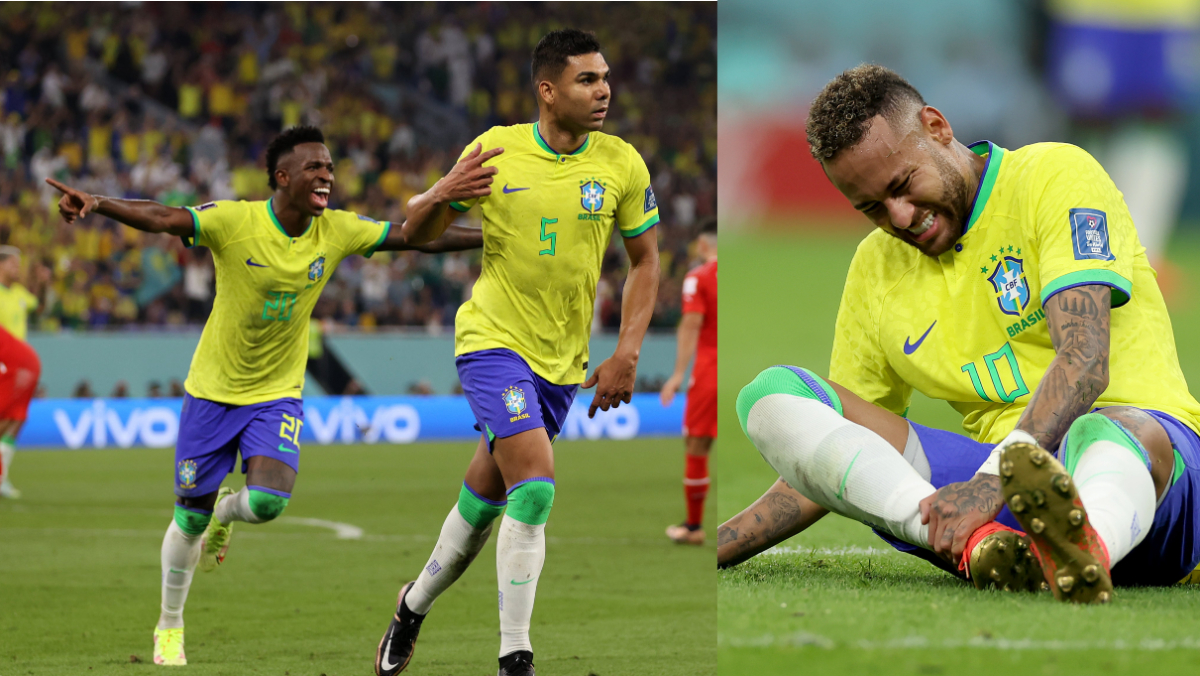 FIFA World Cup 2022, Brazil vs Switzerland : The match was played between Brazil and Switzerland on Monday night in the FIFA World Cup. In this match, Brazil defeated Switzerland by a margin of 1-0. This is Brazil’s second consecutive win. After this victory, the Brazilian team has qualified for the next round. And a win against Cameroon and a loss to Brazil have made things a little more difficult for Switzerland. Switzerland will have to win their next match to advance to the next round.

The Brazilian football team, which landed without its star striker Neymar, defeated Switzerland 1-0 in the World Cup match and entered the last 16. Casemiro opened the scoring for Brazil in the 83rd minute after a very boring first half. Five-time champions Brazil have yet to play their last match in Group G but have already booked their place in the pre-quarterfinals.

Neymar injured his right ankle in the first match and is receiving treatment at the team hotel. The team doctors are yet to say when he will be able to play or if he will even be able to play. After this win, Brazil have six points from two matches and Switzerland have three points. On the other hand, in the other group match, Cameroon and Serbia played out a 3-3 draw. Both the teams are in third and fourth position with one point each.

Caught on the sweet spot 🤩 A strike worthy of winning any match!

Switzerland will have to beat Serbia in the next match to reach the next stage. The match between Brazil and Cameroon will depend on whether the Swiss team will be able to progress to the next stage even if the match is drawn. With the win, Brazil’s unbeaten run in the group stage extended to 17 matches, including 14 wins and three draws. They have lost only one of their last 29 group matches against Norway in 1998. Switzerland have lost only two of their last 13 group matches in the World Cup.

Both the teams did not create many chances in the first half. Without Neymar, the Brazilian team found it difficult to attack the Swiss goal. Brazilian coach Tite replaced Neymar with midfielder Fred. Richarlison, who scored both goals for Brazil in the first match, did not appear in form in this match and was replaced by another player in the second half.