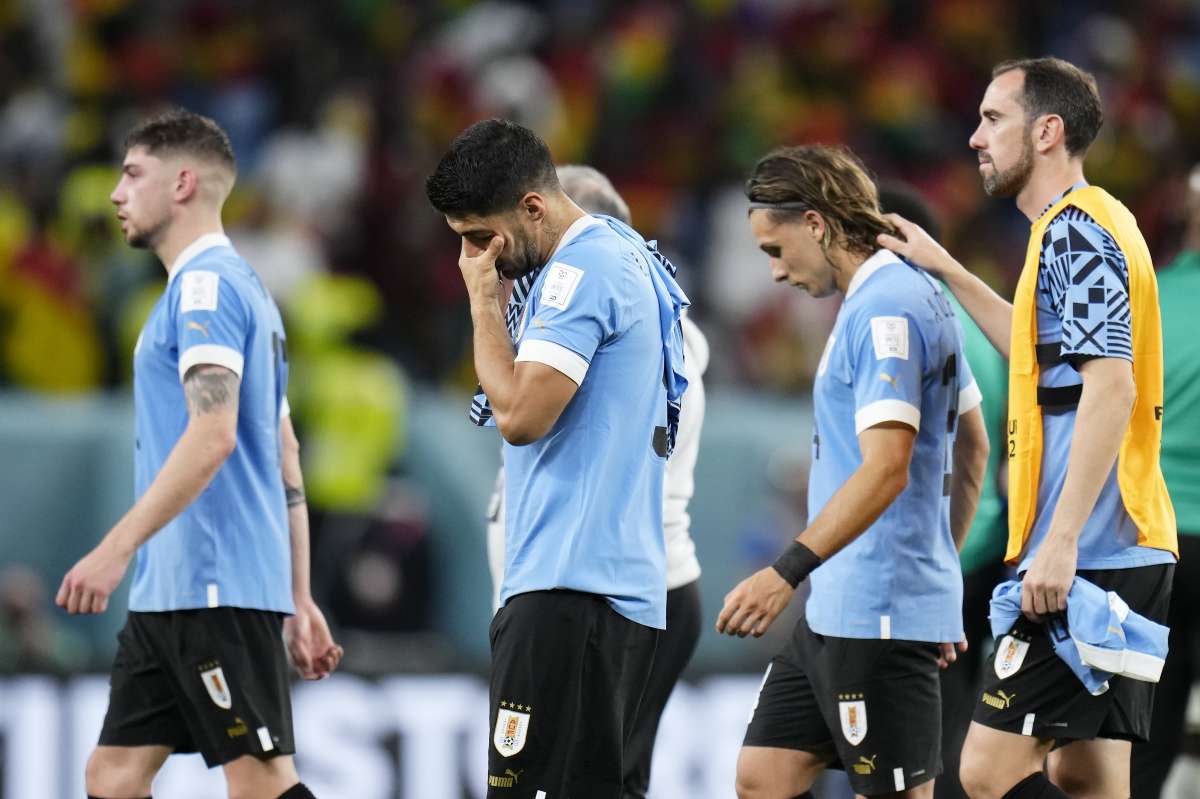 FIFA World Cup 2022 : A major upset was seen in Group H of the ongoing Football World Cup in Qatar. While South Korea beat Portugal 2-1 to seal their place in the last 16, Uruguay were knocked out of the tournament with their win.

Two matches were played in Group H on Friday in the FIFA World Cup. In one of its matches, South Korea faced Portugal and in the second match, Uruguay faced Ghana. Uruguay needed a win of their own as well as a defeat of South Korea to advance to the pre-quarterfinals. Uruguay won their match 2–0 but Korea dashed their dreams by defeating Portugal.

South Korea and Uruguay finished with four points each but the Asian team progressed due to better goal difference. Hwang Hee-chan’s late goal helped South Korea win 2–1 against Portugal to finish second in Group H and qualify for the knockout stages. Earlier, Portugal had made it to the knockout stage by winning their first two matches but Korea failed to complete their hat-trick of victories. Hee Chan scored the decisive goal from Son Heung Min’s pass as Korea progressed to the knockout stage as the second team from Group H.

South Korea needed to win this match and therefore put more players in the front line. South Korea, however, soon scored an equaliser. Cristiano Ronaldo failed to clear the corner kick and it went past South Korean defender Kim Young Gwon who made no mistake in scoring. It was the first time in the last 10 World Cup matches that South Korea scored in the first half. Portugal counter-attacked but Ronaldo’s shot was brilliantly saved by Kim Seong Gyu. Portugal continued to attack thereafter as Kim Seong Gyu made a total of five saves in the first half to keep his side level at 1-1 at half-time.

Despite the win, Uruguay exit the World Cup with Ghana. @adidasfootball | #FIFAWorldCup

Meanwhile, in the second match at the Al Wakrah Stadium, Uruguay started well but it was Ghana who got the first golden opportunity to score. A mistake by Uruguayan goalkeeper Sergio Rochet earned Ghana a penalty. Rochet, however, played his part well afterwards and saved the team from trouble by easily stopping a loose shot by Ghana captain Andre Ayew.

D’Arrasqueta then scored two goals in six minutes to put Ghana on the backfoot. Facundo Pellistri crossed from the right to Luis Suárez whose low shot was saved but de Arrasqueta found the ball to put Uruguay ahead 1–0. This was Uruguay’s first goal in this World Cup. He did not take long to score his second goal and this time also de Arrasqueta got the credit for the goal. It was a spectacular goal that he scored on Suarez’s pass. Uruguay held their 2-0 lead at halftime.

Ghana got a good move early in the second half through Abdul Rahman Baba but Mohamed Qudous failed to convert on it. Ghana’s desperation to score was evident while Uruguay put all their might into saving goals. Qudus Khel went ahead after beating three defenders in the 71st minute but his shot went wide of the crossbar.