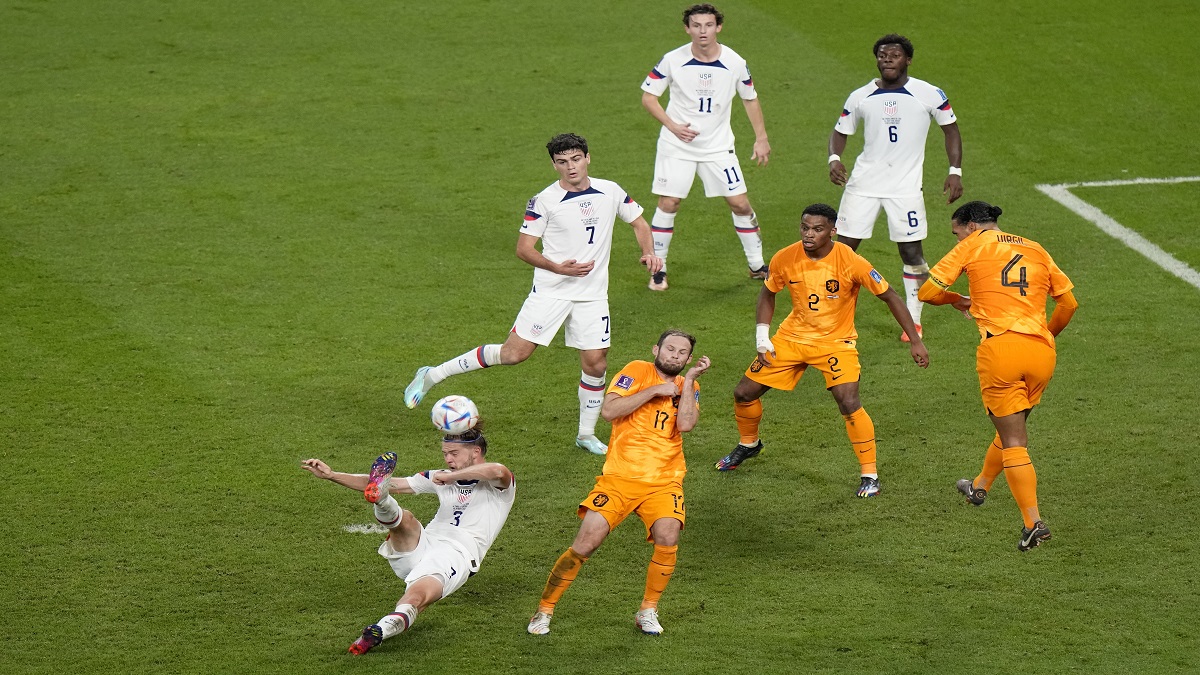 FIFA World Cup 2022 : In the first pre-quarter final match of the FIFA World Cup 2022, the Netherlands team won a resounding victory. With this win, they also became the first team to reach the quarterfinals of the tournament. In the match played at the Khalifa International Stadium on Saturday, the Netherlands team managed to defeat America 3-1 thanks to the excellent performance of Denzel Dumfries. Memphis Depay (10th minute), Dale Blind (45+1) and Dumfries (81st) scored for the Netherlands. Dumfries also assisted on the other two goals. Haji Wright scored the lone goal for the US in the 76th minute.

The Netherlands, who topped Group A with two wins and a draw, were touted as favorites going into the tie and performed accordingly. They will now face the winner of the late night match between Argentina and Australia in the quarterfinals.

🇳🇱 How far can this Netherlands team go at the #FIFAWorldCup? pic.twitter.com/KwBGeY7cdp

The Netherlands team dominated from the start

Talking about the match, the Netherlands saw good passes in the midfield at the beginning of the match and on such a pass, Denzel Dumfries crossed the top of the box to Memphis Depay and he beautifully shot the goal on the left side of the net. Gave. US goalkeeper Matt Turner had no chance to stop it. It was Depay’s 44th international goal, which put the Netherlands ahead 1–0.

Dumfries did a great job

In injury time before half time, Dale Blind scored the second goal for the team. With this, the three-time runner-up in the World Cup, ‘Oranje’ doubled the lead. Dumfries then assisted on the goal, his cross being fired into the corner of the net by Blind on a run from the US box.

America insisted in the second half

After the first goal, however, the game slowed down a bit with the US team having more possession of the ball but the team could not make any good effort. Due to this there was no pressure on the defense line of the Netherlands. America needed a change of strategy to get back in the match.

In the 60th minute, Teune Kooopmaners of the Netherlands was shown a yellow card for a foul on Kristian Pulisic. In the very next minute, American goalkeeper Matt Turner made a brilliant save to deny Memphis Depay a second goal. The US players were desperate to score and fired a lot of shots under pressure. Substitute Haji Wright missed a good chance to score in the 75th minute but reduced the gap with a goal in the very next minute.

On Pulisich’s cross, Wright made it into the net. The Netherlands then went on the attack and Dumfries, who assisted in scoring two goals, took advantage of a wonderful opportunity in the 81st minute to easily make it 3-1 for his side. Depay passed the ball past the American defenders on the left to Blind, who headed the cross towards Dumfries, who headed it straight into the net.