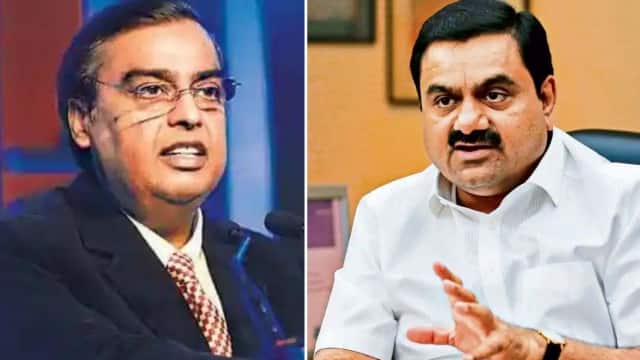 Whose worth: According to an ET Now report, Gautam Adani has overtaken Mukesh Ambani to become the richest person in Asia on the basis of group market cap. Let us tell you here that Reliance Industries, a company of Mukesh Ambani, is listed in the stock market. At the same time, a total of six companies of Gautam Adani are listed in the stock market.

However, the Bloomberg Billionaire Index, a wealth indexing website, has not updated the ranking of billionaires. Mukesh Ambani still remains the richest billionaire in Asia on the website. Mukesh Ambani’s wealth is $ 91 billion and he is currently the 12th richest billionaire in the world. At the same time, the wealth of Gautam Adani is at the level of $ 88.8 billion. Gautam Adani’s ranking is 13th. It is possible that the ranking will be updated on the website in the next 24 hours.

Why did Ambani’s wealth fall? Actually, the stock of Mukesh Ambani’s Reliance is continuously declining. In the last three trading days, the share price of Reliance has fallen by 6 percent. Due to the cancellation of the deal between Mukesh Ambani’s Reliance and Saudi Aramco, there is a decline in the stock. Now there will be a fresh churn on this deal. The cancellation of the deal after almost three years of efforts has spoiled the sentiments of the investors. At the same time, during this period, the share price of some companies listed in the Adani Group has increased.

IPO of these 10 companies will come in December,...

Google for India’s seventh edition is coming, know what will be the specialty of this...

Preparations are now made to open the tunnel going from Delhi...

Snake venom worth Rs 13 crore seized, was being sent to...

Punjab New CM: Ambika Soni said- I am not in the...