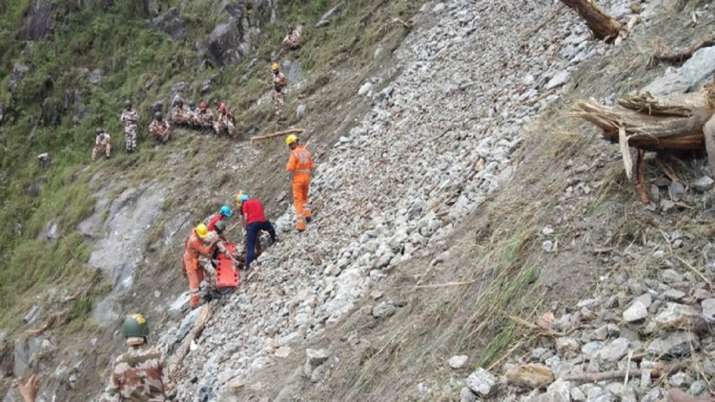 Shimla: The search and rescue operation for people trapped under the rubble when a bus and other vehicles were hit by a landslide in Himachal Pradesh’s Kinnaur district on Wednesday resumed on Thursday morning and the bus which was buried under the debris has been rescued. With the discovery of three more bodies, the death toll in this disaster has now risen to 13. Officials gave this information.

A Himachal Road Transport Corporation (HRTC) bus, which was going from Rekong Peo to Haridwar via Shimla, came under the grip of stones that fell from the mountain after a landslide on the National Highway 5 near Chaura village of Nigulsari area of ​​Nichar tehsil on Wednesday afternoon. Was being On Wednesday, the bodies of 10 people were found and 13 injured were rescued, while many others are feared trapped under the rubble. The official said on Wednesday that a Tata Sumo was found, in which eight people were found dead.