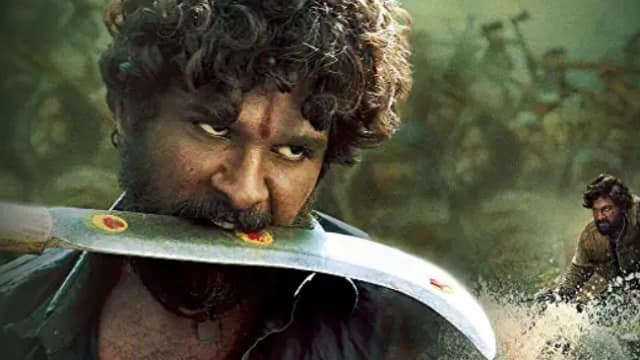 The Hindi version of Allu Arjun’s blockbuster film ‘Pushpa – The Rise’ has been released late night on Amazon Prime Video. In recent times, there has hardly been such a craze for any film. The film came out on OTT on 7 January in four languages ​​Telugu, Tamil, Malayalam and Kannada, since then the audience was eagerly waiting for the Hindi dub. The makers had already told that the Hindi version of ‘Pushpa’ will be released on January 14.

The film has been released on Prime Video at 12 pm. The caption of the film was given- ‘This is not a film.. Fire’. Amazon Prime Video shared a post on social media late in the night and informed that the film has arrived.

A post shared by amazon prime video IN (@primevideoin)

Many users on the post told that they watched the film at night itself. One user writes, ‘Thank you, exactly 12 o’clock.’ One said, ‘Amazing brother.’ Another says, ‘Kya movie hai, seen in full HD plus full sound.’ One writes, ‘January 14, at 12 noon in Hindi, watched for the third time.’ However, many users have also complained that the Hindi dialogues of the film are completely different from the Telugu ones.

The film was released in theaters on 17 December. It is originally in Telugu. The film is directed by Sukumar. Rashmika Mandanna and Fahadh Faasil are in lead roles with Allu Arjun. Apart from this, Samantha is in Special Appearance. Her item number is making a splash. The film has earned more than 80 crores in Hindi alone. Big decision of Chinese government, now children will be able to play online games only...