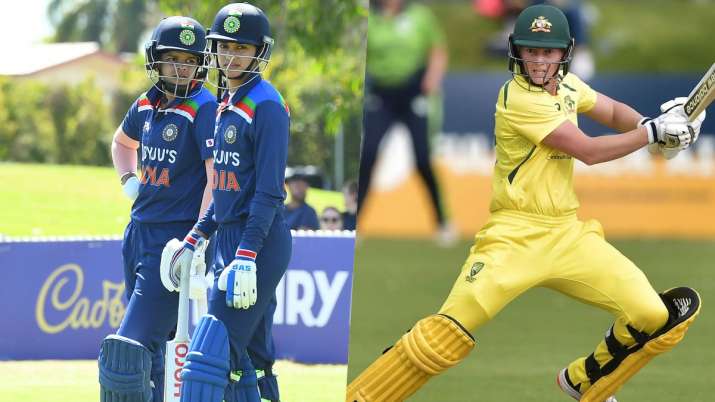 ICC T20I Rankings: The rankings for women’s T20 International batsmen have been released by the International Cricket Council (ICC) on Tuesday. Australian captain Meg Lanning has occupied the number one spot in the latest rankings.

She has achieved this position, leaving behind compatriot Beth Mooney, who has been in the top position for a long time. She has secured 731 points, pushing Mooney with 728 points to second place. At the same time, two places in the top-10 are also occupied by Indian batsmen.

For India, the team’s vice-captain and brilliant opener Smriti Mandhana is in fourth place in this list and her fellow explosive opener Shefali Verma is at number five. The position of both these Indian players has remained in the top-5.

New Zealand’s Sophie Devine is present in this tally in third place. While Sri Lanka’s Chamari Atapattu is sixth, Australia’s Alyssa Haley is at 7th and New Zealand’s Lista Bates is at 8th.

We have a new No.1 in the @MRFWorldwide ICC Women’s T20I Player Rankings for batters 👏

In this top-10 list, England Natalie Shiver has suffered a major setback. She has clearly been out of the top-10. She has now slipped from 9th to 10th position. On the other hand, West Indies’ Stephanie Taylor has gained one place and she has now come down to number 9. Daniel Watt of England, Diandra Dottin of West Indies and Tahlia McGrath of Australia have gained one place each. All three are ranked 11th, 12th and 13th respectively.

The new No.1 T20I batter in the @MRFWorldwide ICC Women’s Player Rankings 👑

Meg Lanning, what a player!

While talking about other Indian batsmen, star player Jemimah Rodriguez is in 15th place. Captain Harmanpreet Kaur is also present in the top-20 at 18th position. All-rounder Deepti Sharma has moved up from 35th to 36th in this list. They have suffered the loss of one place. South Africa’s Laura Wolvaardt has lost three places and has slipped from 11th to 14th.

It is worth noting that in the coming days, the women’s T20 tournament is being organized at the Birmingham Commonwealth Games. Here the Indian team has landed with full enthusiasm. If the pair of Smriti Mandhana and Shefali Verma does wonders, then surely both these players can make it to the top-3. On the other hand, captain Harmanpreet Kaur and star player Jemimah Rodriguez will have their eyes on going to the top-10.