If our government is formed in UP, we will conduct caste census, Akhilesh Yadav targets Yogi government 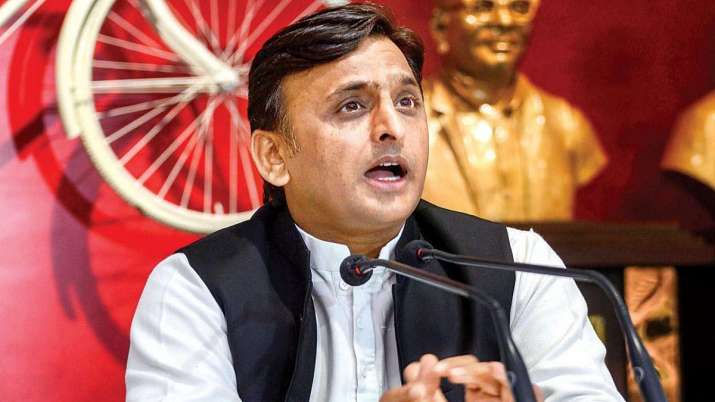 New Delhi/Lucknow. Samajwadi Party President and former Uttar Pradesh Chief Minister Akhilesh Yadav on Sunday fiercely targeted the Yogi government. Politics has heated up in Uttar Pradesh before the assembly elections to be held in 2022. Before the elections in Uttar Pradesh, the discussion regarding the caste census has intensified. Akhilesh Yadav targeted the Yogi government and said that BJP will never conduct caste census. BJP has killed the rights of dalits and backwards. Yadav said that if our government is formed in UP, then caste census will be conducted. Delhiites are doing politics of backwards only. Only backward and dalit will lathi of votes.

Akhilesh Yadav Said further that the CM should keep a balance on his language, the ministerial posts that are being given are being given for votes. BJP didn’t give laptop because CM doesn’t know how to run. The Bharatiya Janata Party (BJP) will never conduct the caste census. In the manifesto, BJP had promised to give laptops, because the CM himself does not know how to operate.

‘Their development is only in advertising’

Akhilesh Yadav on Sunday criticized the Bharatiya Janata Party government in the state, and said that after the upcoming assembly elections, Samajwadi Party and SP’s ally Mahan Dal’s government will be formed. Amidst the slogans of “Mahan Dal ne Thana Hai – SP ki Sarkar Banana Hai”, Yadav addressed the workers’ conference of Mahan Dal at the SP headquarters on Sunday as the chief guest. “The slogan you have given has been heard in many programmes. In the historic public meeting of Kasganj, your party’s cap and your flag were seen waving and we stood in support of the farmers. The slogan that started there has come closer to Lucknow.

In fact, in the month of March this year in Kasganj, a Mahapanchayat was organized by the Mahan Dal and the SP against the three agricultural laws and on the same day Akhilesh Yadav had indicated that the SP and the Mahan Dal would contest the assembly elections together. Yadav said, “So far I was talking about winning 350 seats, but after the program is decided by the Mahan Dal, the victory in 400 seats has been confirmed.”

Describing the state’s Deputy Chief Minister Keshav Prasad Maurya as a fake Keshav, the SP chief said that the real Keshav is Mahan Dal President Keshav Dev Maurya. He said, “The people of BJP do not want to conduct caste-wise census and want to fight between us and you, but if the SP government is formed then it will be census.”

Taking a jibe at Chief Minister Yogi Adityanath, Yadav said, “Do you think he is a Yogi, think what is his language, what did he say about Netaji. Well, we will not get into that fight but the real fight is whether Uttar Pradesh will go on the path of prosperity or not because he (Yogi) has stopped development and his development is only in advertisements,” said the National President of Mahan Dal. Keshav Dev Maurya also addressed.

- Advertisement -
Share
Facebook
Twitter
Pinterest
WhatsApp
Previous article
Monalisa’s husband picked up a dumbbell, shared a shirtless photo from the gym, and this Bhojpuri heroine was impressed after seeing his body!
Next article
Reserve Bank looking for space for additional office space in Mumbai
- Advertisement -