IND vs ENG: Ashwin was not given a chance in the first Test, captain Virat Kohli trolled badly New Delhi. As soon as Team India announced its playing XI (India vs England, 1st Test) in the Nottingham Test, all the fans were stunned. In fact, captain Virat Kohli dropped his most successful Test bowler in the current era from the playing XI (India Playing 11). It is being talked about R Ashwin who did not get a chance to play in the first Test. Captain Kohli gave Jadeja a chance as a spinner in place of Ashwin and at the same time he has also included Shardul Thakur in the playing XI. Even Ishant Sharma, who has played more than 100 Test matches, is not in the team. Actually Ishant Sharma is not completely fit. By the way, no one expected to keep Ashwin out of the playing XI. Many fans on social media criticized this decision of Virat Kohli.

Former Test cricketer Wasim Jaffer also tweeted and expressed surprise over Ashwin not being included in the playing XI. Let us tell you that Ashwin had already proved his form before the Test series. Playing for Surrey, this off-spinner took 6 wickets for just 29 runs. However, after this Ashwin did not play in the practice match and now he did not get a chance in the first Test as well.

Jaffer was also surprised by Ashwin not getting a place in the team!

Ashwin out of playing XI for better balance?
It is being argued that R Ashwin has not been given a chance in the first Test match to correct the team balance. In fact, Team India has included 2 all-rounders in the team considering the green pitch of England. Ravindra Jadeja is a spin bowling all-rounder and Shardul Thakur can also bat well in the lower order along with swing bowling. Virat Kohli had given indications of Shardul Thakur’s play on Tuesday itself. 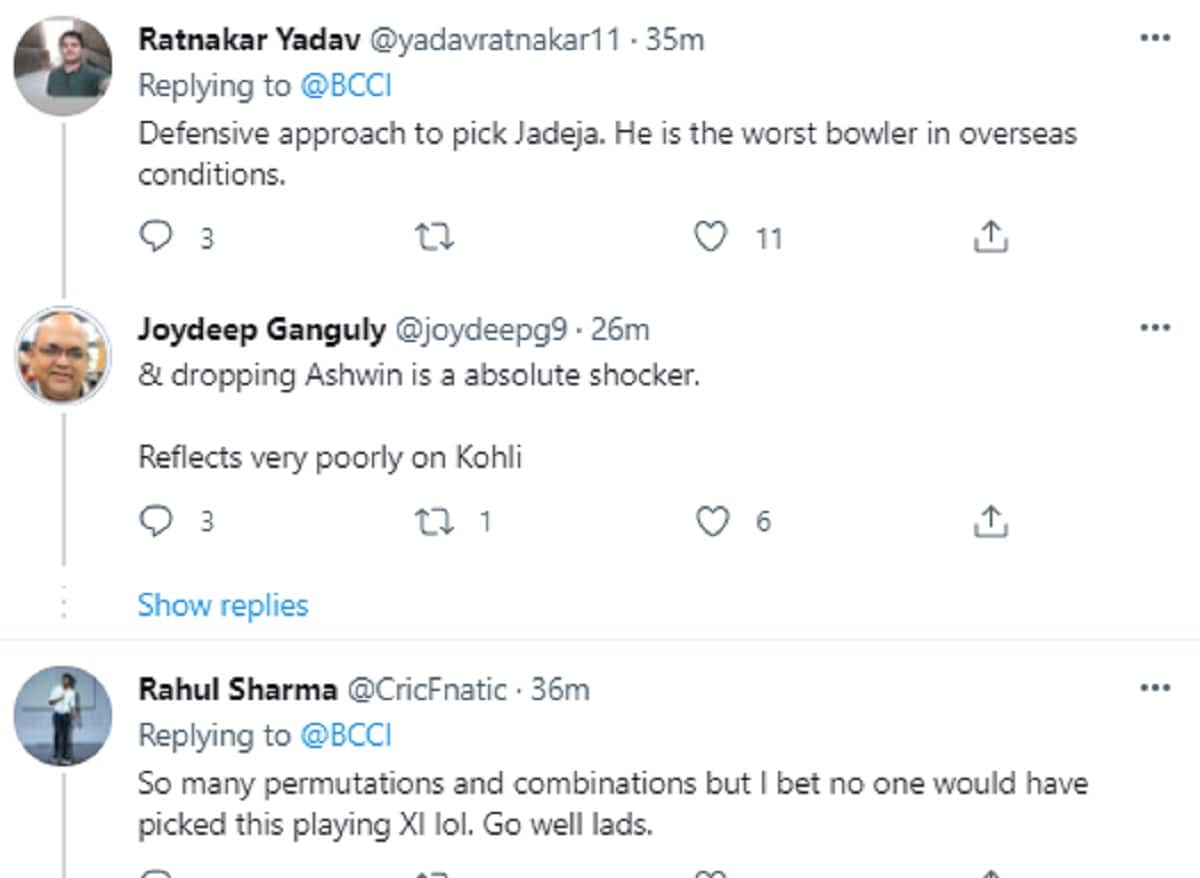