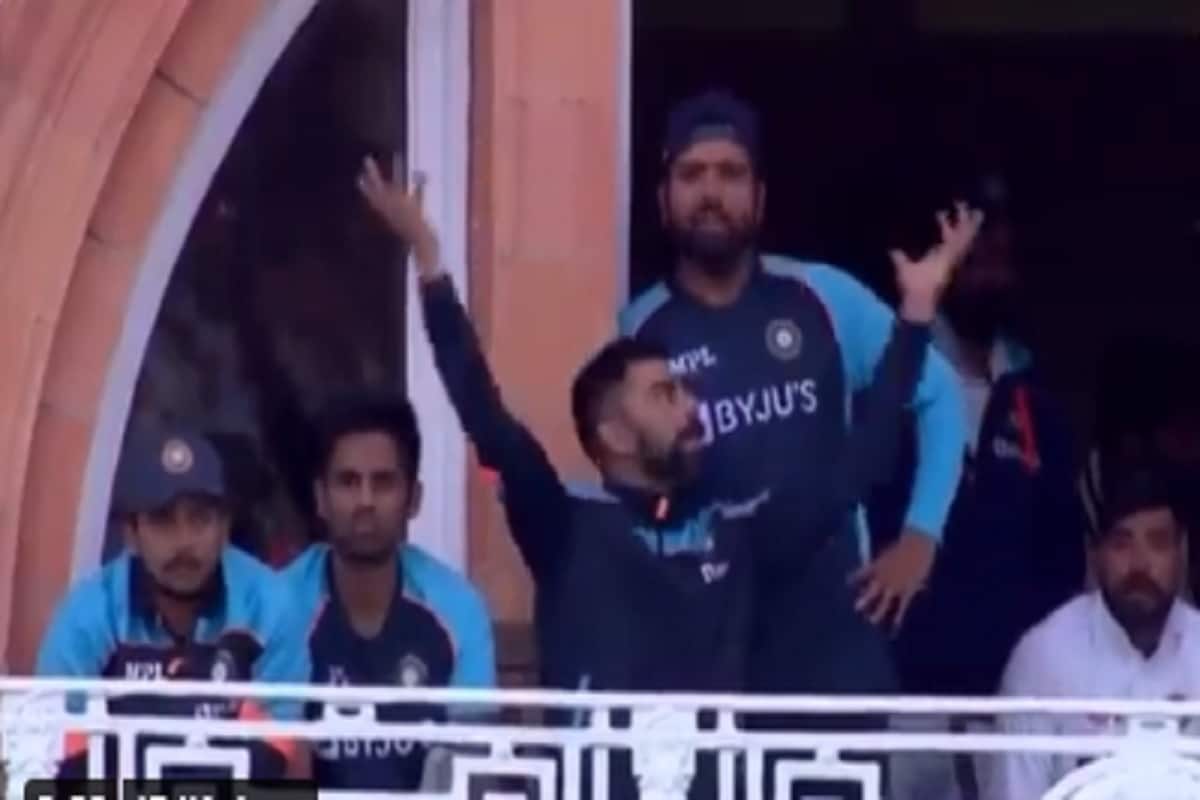 New Delhi. With the help of Ajinkya Rahane’s 61 and Cheteshwar Pujara’s 45, India kept their hopes alive by scoring 181 for 6 on the fourth day of the second Test against England at Lord’s. India has taken a lead of 154 runs. Wicketkeeper batsman Rishabh Pant and fast bowler Ishant Sharma are resting on the crease. Both the Indians were advancing the innings, when Indian captain Virat Kohli signaled from the balcony of Lord’s and then was stumped after a ball.

In fact, both Kohli and opener Rohit Sharma pointed to Pant from the balcony and said how he was playing. They should talk to the umpire about the playing conditions, as both were batting despite bad light. Kohli also appeared a little angry on this matter.

A ball after Virat signaled, after the completion of the over, the light level was checked and the day’s play was declared over. Pant returned to the dressing room for 14 runs and Ishant on 4 runs. KL Rahul, who scored a century in the first innings, could only score 5 runs in the second innings. Rohit too could only score 21 runs. Virat Kohli’s bat did not play once again and he got out after scoring 20 runs. Ravindra Jadeja could also make only 3 runs.