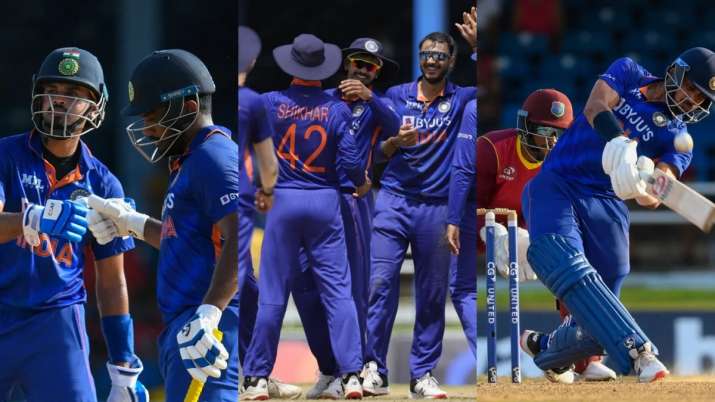 IND vs WI: The victory over West Indies in the second ODI of the series is a victory for the entire Indian batting order. Think of it this way when India achieved the target of 312 runs, then it had only 2 wickets in hand and its biggest hero was present at the crease at the time of victory.

In the second match of the series held at Port of Spain, Team India had a target of 312 runs to win. The start was not good, captain Shikhar Dhawan could only score 13 runs, Suryakumar Yadav also returned to the pavilion for 9 runs but the rest of the batsmen did wonders.

India won by the charismatic innings of Axar Patel

In this match, three Indian batsmen scored half-centuries. Shreyas Iyer, who came at number three and Sanju Samson, who came in at number five, played brilliant half-centuries and gave the team a strong foundation. But the player who made India win, was Axar Patel. Axar batted at number seven and hit the shots.

He completely ignored the increasing pressure on the team while batting in a cool style. He touched the 50-run mark in 27 balls and after that, batting with full sensitivity, took the team beyond the threshold of victory.

When Axar came to bat, India needed 107 runs from 74 balls. Deepak Hooda, Shardul Thakur and Avesh Khan returned to the pavilion in front of them but the letters remained unmoved. He scored an unbeaten 64 off 35 balls in his match-winning innings.

Shreyas Iyer took the innings forward after Dhawan’s early dismissal. Although two important wickets fell from the other end after he came to the crease, he kept his pulse in full control.

Iyer scored 63 runs in 71 balls in this match, scoring his second consecutive half-century. He shared 99 runs off 94 balls with Sanju Samson. Samson also showed his usefulness by hitting a half-century in this important match. Samson scored 54 runs in 51 balls.

It was the third-highest ODI win in West Indies chasing, which Axar achieved with style with a six with two balls to spare.