IND vs ZIM 3rd ODI LIVE STREAMING: Know when, where and how to watch the 3rd match live 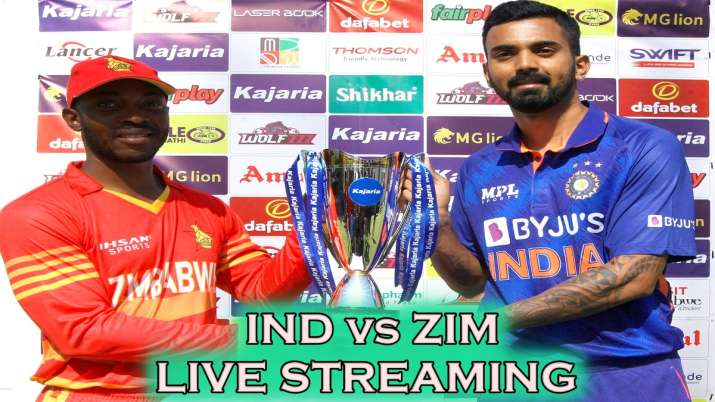 IND vs ZIM 3rd ODI LIVE STREAMING : The last match of the three-match ODI series being played between India and Zimbabwe will be played on Monday (August 22). Under the captaincy of KL Rahul, Team India is maintaining an unassailable 2-0 lead in the series by winning both the opening matches.

The Indian team won the first match by 10 wickets in a one-sided fashion, while in the second ODI, it had to struggle a bit to achieve Zimbabwe’s target of 161 runs. However, Sanju Samson and Deepak Hooda together ensured the team’s victory.

India now has a chance to clean sweep the ODI series against Zimbabwe. But Team India would not like to take the hosts lightly even in the last match. In such a situation, once again a fierce competition is expected here.

When will the third ODI match between India and Zimbabwe be played?,

Where will this match be played,

The match will be played at the Harare Sports Club ground.

At what time will the third ODI match start?

On which TV channel will the match be broadcast?

This match can be seen on DD Sports-1 in India. Apart from this, it will also be broadcast on Sony Sports Network.

Where can I watch the live streaming of the match?

The live streaming of this match between India and Zimbabwe can be seen on Sony Liv. Apart from this, the match can also be enjoyed on Jio TV for free.

The teams are as follows: