IND vs ZIM: VVS Laxman appointed coach of Team India, will be in charge of Indian squad on Zimbabwe tour 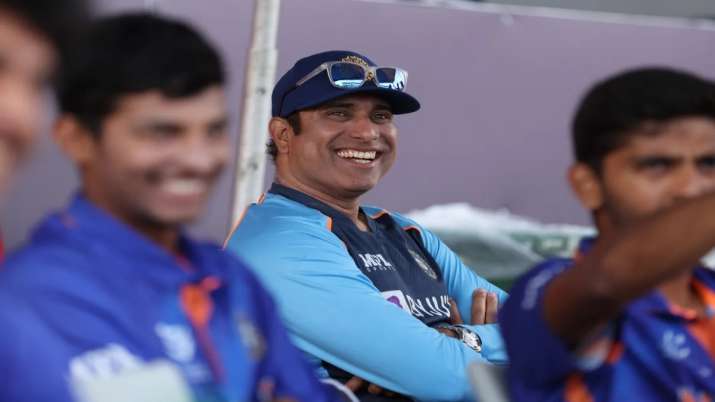 IND vs ZIM : National Cricket Academy chief VVS Laxman has been made the acting head coach of Team India for the upcoming tour of Zimbabwe. The Board of Control for Cricket in India (BCCI) secretary Jay Shah said that the decision was taken in view of the very short gap between the Zimbabwe tour and the Asia Cup starting on August 27.

Board secretary Shah said, “Yes, VVS Laxman has been made the in-charge of the team for the three-match ODI series on the Zimbabwe tour. Not that Rahul Dravid is taking a break. The ODI series in Zimbabwe ends on 22 August and Dravid will reach UAE on 23 August with the team. There is very little time gap between these two events, so Laxman will play the role of the team’s caretaker coach in Zimbabwe.”

Shah further said on this issue, “KL Rahul and Deepak Hooda are the only two players on the Zimbabwe tour who will also be involved in the Asia Cup, so it is completely logical that head coach Dravid stays with the T20 squad.”

The three matches of the ODI series in Zimbabwe will be played on August 18, 20 and 22.

Shah also revealed that KL Rahul and Deepak Hooda will fly directly from Harare to Dubai to join the Asia Cup squad after the ODI series.

As per the new tradition in BCCI in recent times, the main team is always accompanied by the permanent head coach of the team, while NCA chief Laxman is usually appointed as the caretaker coach when the other team plays a series elsewhere.

KL Rahul is returning to Zimbabwe tour after battling a Kovid infection after hernia surgery and then a groin injury. There were no plans for him to tour Zimbabwe in advance, but as soon as he was declared fit by the BCCI medical team, he was made the captain of the team for the Zimbabwe series.