Information about Jet Airways sending its employees on leave without pay is wrong, CEO tweeted 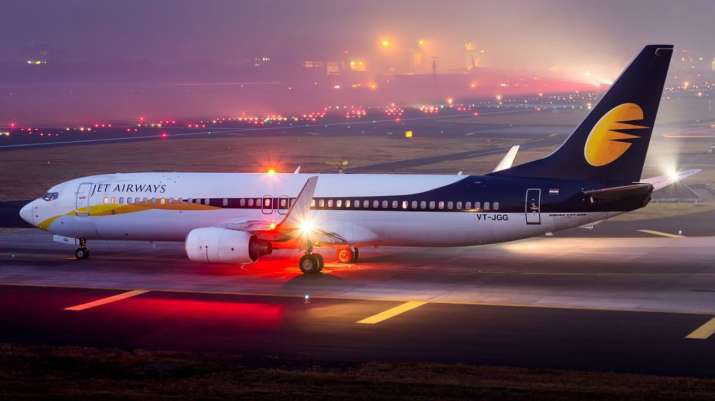 A big update has come on the information of Jet Airways sending employees on leave without pay. The company’s CEO Sanjeev Kapoor tweeted dismissing it. He has done this tweet in response to a question raised by a user.

Kapoor said in a tweet on Friday, “No one is being fired.” Let us tell you that a user tweeted that 60% of the existing employees of Jet Airways, including senior management, are being sent on unpaid leave without pay for 3 months.

No one is being fired. https://t.co/Xy2DgGWwqM

Amid uncertainty over the future of Jet Airways, the Jalan-Calrock Group on Friday said the company may have to make difficult decisions in the near future to manage its cash flows. The group’s resolution plan was approved by the National Company Law Tribunal (NCLT) in June last year. Jet Airways is yet to start operations even after the airline got the certificate of air operations from the Directorate General of Civil Aviation in May this year.

Salary cut will be up to 50 percent

A source close to the development had said that the pay cut would be up to 50 per cent. The amount of deduction will be higher for CEO and CFO. The temporary pay cut and leave without pay (LWP) for the affected employees will be effective from December 1. Then Jet Airways CEO Sanjeev Kapoor said in a series of tweets that less than 10 per cent of the total staff would be on temporary leave without pay and a third would be on temporary pay cut.

Because of this the flight of Jet Airways was closed

Many experts say that Jet Airways’ troubles began when Goyal bought rival Sahara in 2007 for Rs 1,450 crore. With this deal, the company got into trouble. Goyal bought Sahara to compete with Air Deccan, Indigo and SpiceJet, but the strategy backfired. Also, Goyal spent the IPO money on ordering new planes.

After this, Goyal made another mistake. He ordered 10 Airbus A330 and Boeing 777 planes. By buying two types of planes, Jet did nothing but increase its expenditure. Along with this, Goyal also kept the seat less. Where there are 400 seats in the global practice, it had only 308 seats. That is, one fourth of the revenue has been finished by itself. When lenders tried to auction the jet, Goyal made a bid from London, but his offer was rejected. On many such occasions Etihad and TPG threatened to oust if Naresh Goyal did not withdraw his hand.