Kartik Aaryan shoots for the climax of ‘Shehzada’, shares picture on Insta 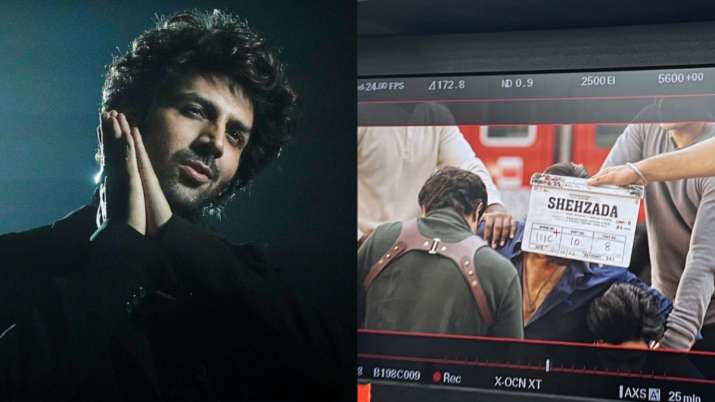 ‘Shehzada’ : Bollywood star Kartik Aaryan recently shot for the climax of his upcoming film Shehzada. Directed by Varun Dhawan’s brother Rohit, the film will release on 10 February 2023. This will be the first film in which Karthik will be seen in an action role.

Posting on his social media, Kartik shared a picture of the monitor, in which he is standing with his back to the camera and the clapboard.

Sharing the post, he wrote in the caption, ‘I slept like an insomniac for ten hours after the epic climax, which we shot for the first time for the action-packed hashtag-shehzada.’

The actor further wrote – ‘One of the toughest, busy and again a new field for me. Just can’t wait for you guys to see it. 10 February 2023 My most commercial photo is coming.