Khatron Ke Khiladi 12: Prateik Sahajpal, who is left behind, this week’s Shivangi out of TV 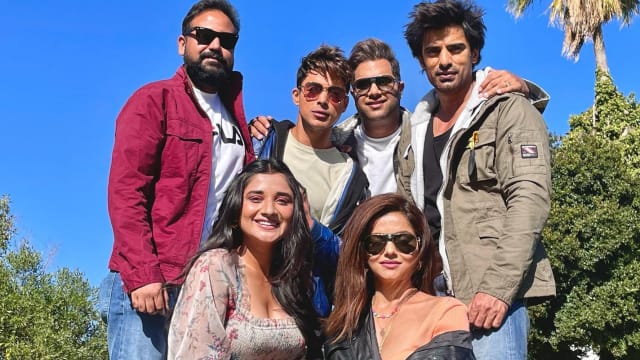 The first episode of ‘Khatron Ke Khiladi 12’ aired on Sunday saw the contestant’s stunt with an ostrich. The first match was between Rubina Dilaik and Kanika Mann. Rubina won this stunt and her fear came out. During this, an argument also took place between the two.

Rubina accused Kanika of searching on the phone how to handle the ostrich. “It is dishonest and he does not like such things. Just then Prateek Sahajpal and Tushar Kalia ask Rubina that she should have told this earlier. There was a slight scuffle between them on this matter as well.

The second stunt of the show was to be done underwater. When Rohit Shetty explains the task, Prateek Sahajpal asks, ‘Sir swimming does not come, what should I do?’ “You can’t say you don’t know swimming in a stunt show,” says Rohit. He further says, ‘We will eliminate straight away. Drink water and go to the bathroom before the stunt. I am neither asking the channel nor the director because you irritate the stunt team. You have done this two-three times, need to be serious.

Fear trap of these contestants

The second stunt was done by Jannat Zubair and Prateek. Prateek aborted the stunt. While Jannat completed the stunt. The same stunt happened between Shivangi Joshi and Faizu, which Faizu won. In this task, the fear trap of Jannat and Faizu came out.

This daughter-in-law of TV is out

In the elimination round, there was a fight between Kanika, Prateek and Shivangi. The elimination stunt was first completed by Kanika. The symbol was at number two. Due to a few seconds, he finished second. Shivangi was the last one. In this way she became evicted from the show.

- Advertisement -
Share
Facebook
Twitter
Pinterest
WhatsApp
Previous articleKKK 12: Rohit Shetty furious at Prateek Sahajpal, ‘I will not ask the channel, we will eliminate it directly’
Next article‘Anupamaa’ Spoiler: The glitter of money spoiled Pakhi’s mind, made a plan to get her mother out of the way
- Advertisement -

KKK12: 3 contestants clashed in the elimination round, this...