KKK 12: Rohit Shetty furious at Prateek Sahajpal, ‘I will not ask the channel, we will eliminate it directly’ 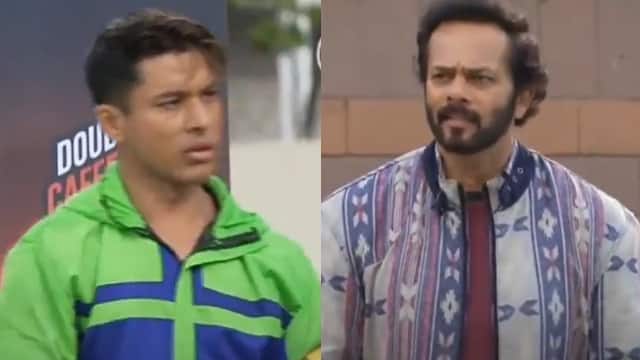 This week in ‘Khatron Ke Khiladi 12’, stunts are being done in pairs. This week is atrocity week where the contestants have to perform such dangerous stunts that their condition has worsened. The difficulties are also increasing with each week.

In the episode aired on Saturday, the current task worsened Shivangi Joshi’s health and she had to seek medical help. In another stunt, the contestant had to perform amidst wild boars where a pig bitten Nishant Bhatt. On Sunday, the task will have to be done underwater.

In the promo released, Rohit Shetty was seen lashing out at Prateek Sahajpal. All the contestants stand near the swimming pool. Rohit Shetty explains that the next stunt is a water stunt. On hearing this, the symbol says, ‘Sir, what will you do if you do not know swimming? On hearing Prateek’s question, Rohit expresses his displeasure. He says if this is the case then he should not come to the stunt show.

Rohit said to Prateek, ‘You cannot come to the dance show and say that I do not know dance. You can’t come to a stunt show and say I don’t know swimming. It sounds so stupid. Simply saying you should not sign this show again. Stunts irritate the team. You need to be serious about stunts. I am neither asking the channel nor asking anyone, we will eliminate directly.

After the video surfaced, Prateek’s fans came out in support. He said the channel does the same with Prateek every time. His words were taken the wrong way. Let us tell you that you will be able to watch this episode tonight on Colors TV.

- Advertisement -
Share
Facebook
Twitter
Pinterest
WhatsApp
Previous articleDeepesh Bhan was far away from cigarette liquor, had done full body checkup 10 days ago
Next articleKhatron Ke Khiladi 12: Prateik Sahajpal, who is left behind, this week’s Shivangi out of TV
- Advertisement -