Lionel Messi created history in the final, made this big record in his name 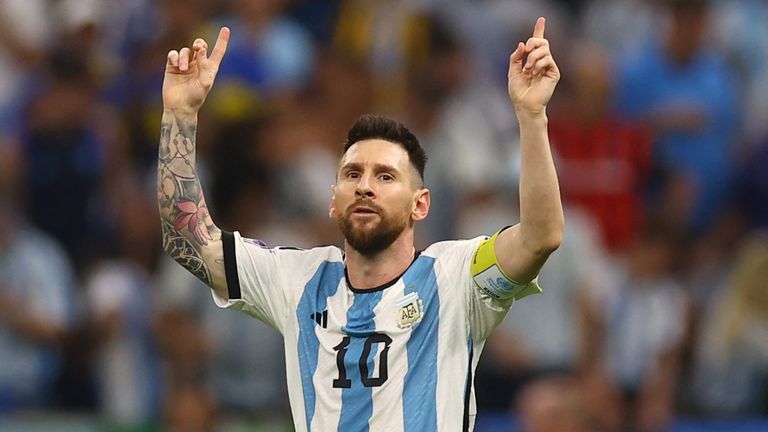 1. Most matches in FIFA World Cup

As soon as Messi took the field in the final match, he became the all-time record holder for most appearances in the World Cup. Making his 26th appearance in the tournament, he surpassed Lothar Matthaus’s 25 matches.

List of players with most appearances in the FIFA World Cup

2. Only player to score in all knockout matches
Messi scored the first goal for his team in the final match and helped his team take a strong lead in the 23rd minute of the game. By scoring the goal, Messi became the only player in the history of football to score in every knockout match of a single tournament. Messi scored in the group stage, round of 16, quarter-finals, semi-finals and final.

3. Most wins by a player in the World Cup
Argentina defeated France in a thrilling match that went into extra time and then ended in a penalty shootout. By winning his 17th game in the tournament, Messi has tied Germany’s Miroslav Klose for the most World Cup matches.

4. Most minutes played in World Cup history
Messi broke the record of 2,217 minutes held by Italian legend Paolo Maldini. Messi, who played 2,194 minutes in the World Cup before the final, became the player with the most minutes after spending 23 minutes on the field. In the first semi-final, Argentina defeated Croatia 3–0 to advance to the final. At the same time, France defeated Morocco 2-0 to make it to the final.