London: Protests against vaccine passports, clashes with police as they march towards BBC studios 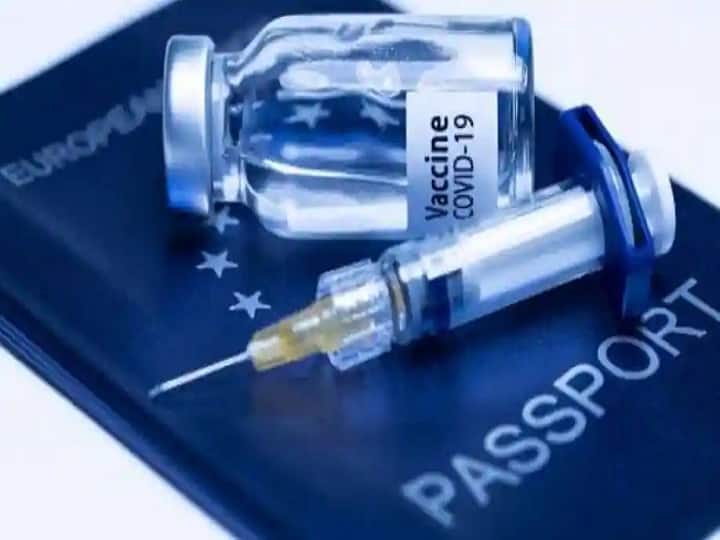 London: After Corona, now there is a discussion of vaccine passports all over the world. In view of the increased cases of corona, vaccine passports have either been made mandatory in many places or preparations are being made to make them mandatory. In the midst of these preparations, many people took to the streets in London.

These people had come out on the road to protest the vaccine passport. Not only vaccine passports, voices are also being raised against the corona vaccine being administered to children. When an attempt was made to stop the crowd moving towards the BBC studio in London, a clash broke out between the protesters and the police.  This ruckus started with the Vaccine Passport, not in one country but continues in many countries.

What is Vaccine Passport?
Actually many countries have made Vaccine Passport mandatory for travel. This vaccine passport is a kind of document. You do not need to get a new passport to travel or go from one country to another. Old passports will work the same way they used to. But if a person wants to go from one country to another, then he will need a vaccine passport. Through this document, it will be possible to find out when and which vaccine has been administered by the traveling person. On the basis of this document, the person will be allowed to travel.

In view of the threat of Corona, the demand for vaccine passport is rising globally. Every country wants that a new infection of corona does not spread there. But this path of vaccine passport is not so easy. While the governments are supporting this passport, the public is taking to the streets in protest against it.

- Advertisement -
Share
Facebook
Twitter
Pinterest
WhatsApp
Previous article
Bhubaneswar Unlock: All religious places will open from August 23, notification issued, know what will be the rules
Next article
Abhinav Shukla is suffering from a disease called ‘borderline dyslexia’, revealed by writing a post
- Advertisement -