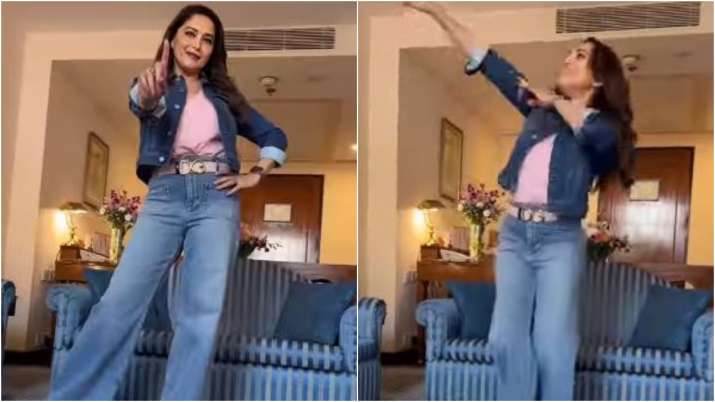 Madhuri Dixit-Nene, known as Twinkle Toes, has rocked Bollywood by posting a video on social media of singer Meghan Trainor’s song ‘Me Too’. Bollywood dancing diva Madhuri posted a video of her dancing to the number ‘Me Too’ on Instagram reels.

In the clip, the actress starts off with easy steps and later revamps the hook steps of some of her special tracks ‘Ek Do Teen’, ‘Channe Ke Khet Mein’ and ‘Tamma Tamma’.

She chose a line from the song for the caption: ‘If I were you.’

Madhuri’s reel has been viewed more than 20.8 lakh times on social media. The dance clip also caught the attention of actress Mouni Roy, who expressed her happiness with a ‘heart-eye’ emoji.

The 54 years old actress is an avid social media user. She keeps her fans and followers updated with regular posts and pictures. Madhuri was earlier seen on the big screen in the 2019 film ‘Kalank’.

Moto Tab G70 will be launched very soon, will get 11-inch display with Helio G90T...

Android 12: Android 12 rollout starts, which phones will get it, see the full list

Today is auspicious Diwali, in the evening there will be Laxmi...

Chhath Puja 2021: Many leaders including the President congratulated on Chhath,...

Finance Minister Nirmala Sitharaman said – no response was given on...

UP government made Kangana Ranaut the brand ambassador of ODOP, CM...