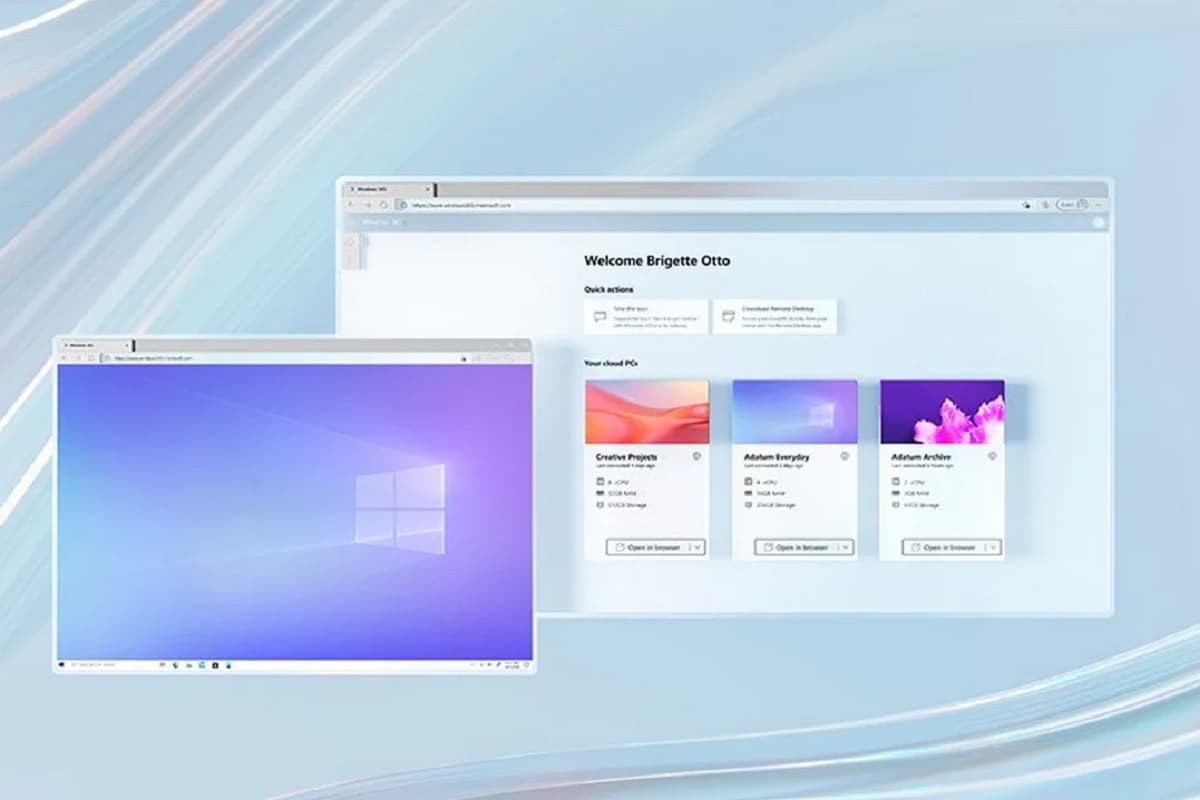 Microsoft has introduced Windows in the cloud. The tech company has announced Windows 365 cloud service to allow businesses and enterprises to access cloud PCs and stream a version of Windows 10 or Windows 11 from any supported web browser . It can be accessed directly inside the browser. Microsoft has also released the price list of Windows 365 plans for both business and enterprise users. Windows 365 goes live for subscription and access on August 2.

Windows 365 will be available in two versions – Windows 365 Business and Windows 365 Enterprise. According to the company, access to Microsoft 365 apps, data and settings will provide a Windows experience through the cloud. Windows 11 can be accessed after its release later this year.

Only business users, who won’t need their own Windows PC, will have access to Windows 365 this time around. Cloud PC can be configured by Enterprises and Businesses with 8 CPU, 32 GB RAM and 512 GB internal storage.

Know the benefits of the new service
It supports all lines of business apps, including Microsoft 365, Microsoft Dynamics 365, Microsoft Power Platform. Microsoft has also ensured app compatibility with App Assure, a service that will help customers with 150 or more users fix app problems at no additional cost.

Our vision for Windows 365 Cloud PC is to provide a new way to experience Windows through the power of the cloud, while addressing challenges both novel and traditional for organizations. This new paradigm is not just about allowing and securing remote access. Microsoft’s blog post states that user experience is more important than ever to attract and retain talent, improve productivity and ensure security.

The monthly subscription plan starts from around Rs 1,500 for each user and goes up to around Rs 11,700. Users can expect Windows 365 to work with all modern web browsers including Microsoft Edge, Google Chrome, Firefox, Apple Safari, Opera and Vivaldi.

- Advertisement -
Share
Facebook
Twitter
Pinterest
WhatsApp
Previous article
PM Modi’s message to the women’s hockey team, said- ‘Proud of you’
Next article
Lawa’s 5G phone may be launched before Diwali, the price will be less than 20 thousand rupees
- Advertisement -