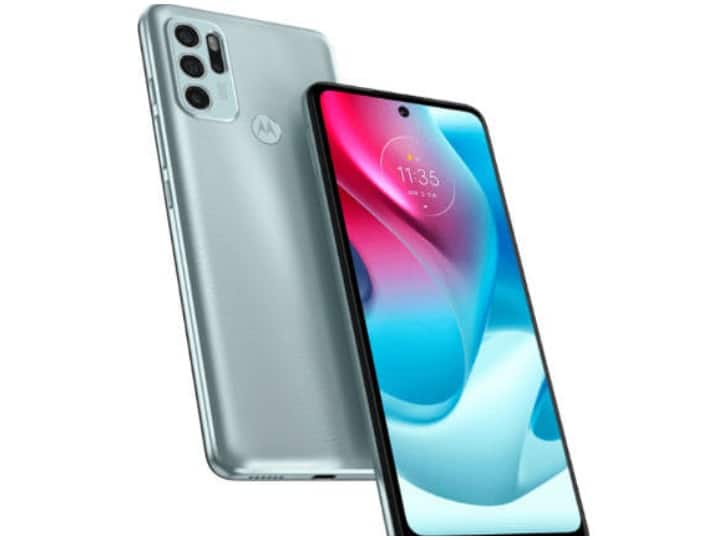 Smartphone company Motorola has launched its new phone Moto G60s. It has just been launched in the Brazilian market. The company has launched the phone in the budget segment of Rs 35,000. MediaTek Helio G95 processor has been used for performance in the phone. The phone has a 64 megapixel camera for photography. The company has not yet clarified when this smartphone will be launched in India. Let us know what are the features given in it.

Here is the price
Motorola has launched the 6GB RAM and 128GB internal storage variant of the Moto G60s smartphone with a price of 2,499 BRL i.e. around Rs 35,522. The device is available in Blue and Green color options.

Specification
The Moto G60s smartphone has a 6.8-inch Full HD + display, which has a resolution of 1080 X 2460 pixels. Its refresh rate is 120Hz. The phone works on the Android 11 operating system. This Motorola phone is equipped with MediaTek Helio G95 processor. It has 6GB RAM 128GB internal storage, which you can expand up to 1TB.

So is the camera
The quad rear camera setup has been given for photography in the Moto G60s smartphone, whose primary camera is 64 megapixels. At the same time, the secondary sensor is of ultra wide 8 megapixels. Apart from this, a 5-megapixel macro sensor and a 2-megapixel depth sensor have been given. The phone has a 16-megapixel front camera for selfie and video calling.

Oppo Reno 5 Pro will compete with 5G
The Moto G60s smartphone will compete with the Oppo Reno 5 Pro 5G in India. MediaTek Dimensity 1000+ processor has been given in this smartphone of Oppo. This phone is with 8GB RAM and 128GB internal storage. The phone has a 4,350mAh battery with 65W SuperVOOC 2.0 fast charging support. For connectivity, features like 4G LTE, Dual Band Wi-Fi, GPS, Bluetooth 5.1 and USB Type-C are seen in it. Apart from this, it also has an in-display fingerprint scanner. The price of the phone is Rs 35,990.