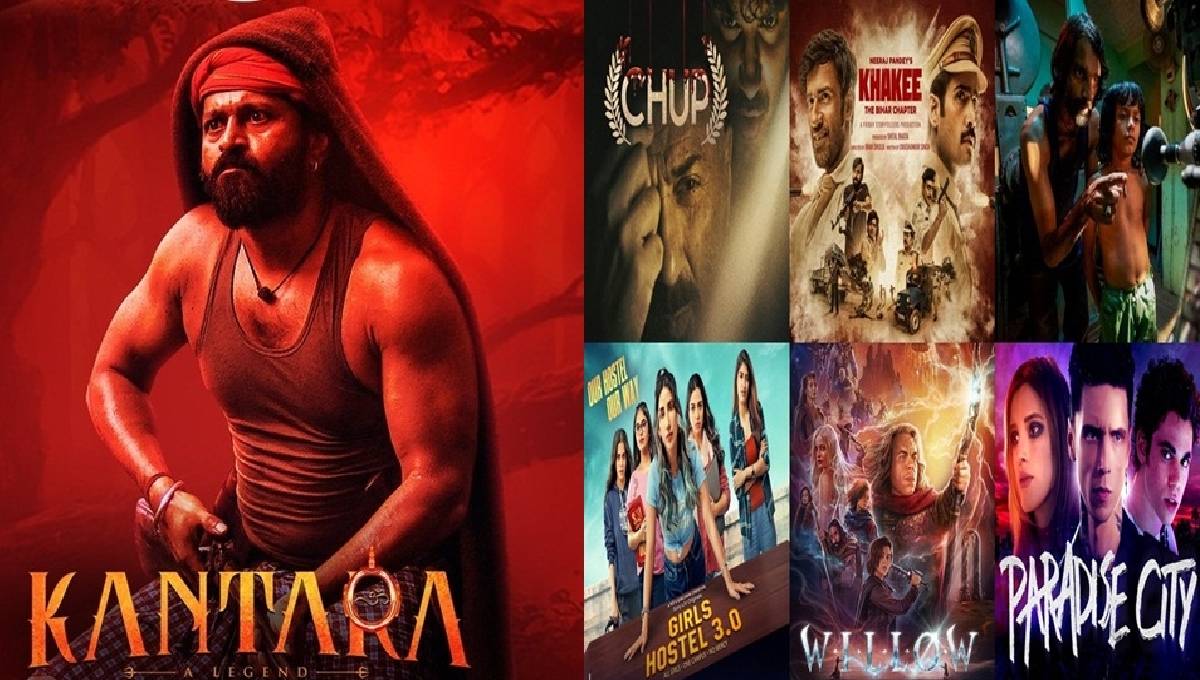 Latest On OTT : Viewers these days eagerly wait for films to come on OTT. Because here he can watch his favorite movie on the TV screen while sitting on the sofa of the house or on mobile while traveling.

At the same time, strong series also attract the attention of the people. These days the lottery of OTT lovers has come out. Because from Hollywood to Bollywood and more than one webseries are being streamed. Here we are going to tell you the list of some such films and webseries.

Dulquer Salmaan’s third Hindi film sees him playing a serial killer with a twisted mind who goes on a killing spree of critics who have panned his work.

The Netflix crime series follows the feud between two men on opposite sides of the law – one a dreaded gang boss and the other a brutally honest Indian Police Service officer Amit Lodha.

The Kannada sensational hit, which is currently running ahead of all Indian films at the box-office, has moved to OTT to build on its success. The film is directed by Rishab Shetty and stars him in the lead role. ‘Kantara’ released on Prime Video on Thursday.

4. ‘The Guardians of the Galaxy Holiday Special’:

The new film shows the Guardians traveling to Earth as part of their quest to make Quill’s Christmas unforgettable.

The series is based on George Lucas’ fantasy-adventure film of the same name, ‘Willow’, also starring Ellie Bamber, Ruby Cruise, Erin Kellyman, Tony Revolori, Amar Chadha-Patel, Dempsey Brick and Joan Whaley, from 30 November in English and Will start streaming on Disney Plus Hotstar in Hindi.

An upcoming American action film directed by Chuck Russell and written by Corey Large and Edward John Drake, starring Bruce Willis, John Travolta and Priya Lundberg is about the violent murder of the father of lead character Ryan Swan (Bruce Willis). The film is out on Lionsgate Plays on November 25.