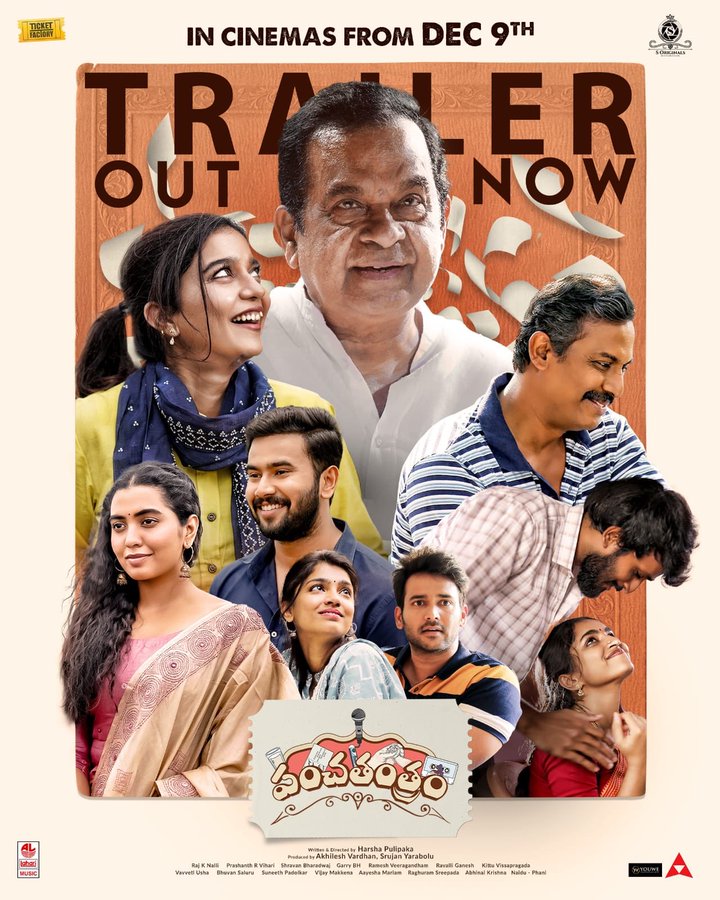 Joys and sorrows come and go in life. But the way people take them is different. ‘Panchathantram’ is the film that was released on the silver screen about the emotional journey of 5 such couples. Comedy Brahma Dr. Brahmanandam is the story teller. The whole movie runs from his point of view. Colors Swathi alias Swathi Reddy is a re-entry film. Also, Divya Vani, Samudra Khani, Rahul Vijay, Sivatmika Rajasekhar, Naresh Agastya, Divya Drishti, Vikas Muppal and others acted in key roles. The trailer of this movie, which will be released on December 9, was released on Saturday.

The film is produced by Akhilesh Vardhan and Srujan Erabolu under the direction of Harsha Pulipaka on Ticket Factory and Originals banners. The film will have a grand release on December 9. Star heroine Rashmika Mandanna released the trailer of this movie on Saturday and Rashmika congratulated the entire unit for making the movie a big hit. This is an anthology.

An emotional journey of 5 couples. Each couple has a different problem.. they faced it. You have to watch the movie to know. But what they are going to be like was shown in the form of a 2 minute 36 second trailer. Did these five couples meet somewhere on this journey? Are they related to each other? It is not known if we wait till December 9. It seems to be a feel good entertainer with heart touching emotions going forward.

While watching the trailer of Panchathantram, the mind feels an unknown moisture. The interest to see the film on the silver screen will increase. It seems that director Harsha has taken forward the society around us and the personalities of the people in it very meaningfully.

There is also excitement as to how the director has treated such a feel-good anthology. The writer of this anthology is also director Harsha. His dialogues convey what he wants to say and sensibly elevate the emotions of each character. Prashanth R. Vihari’s music, background music.. Raj K. Nalli’s cinematography have taken the scenes and the emotions in them to the next level.