Home ENTERTAINMENT People were shocked when Amrapali was seen in a wedding couple with... 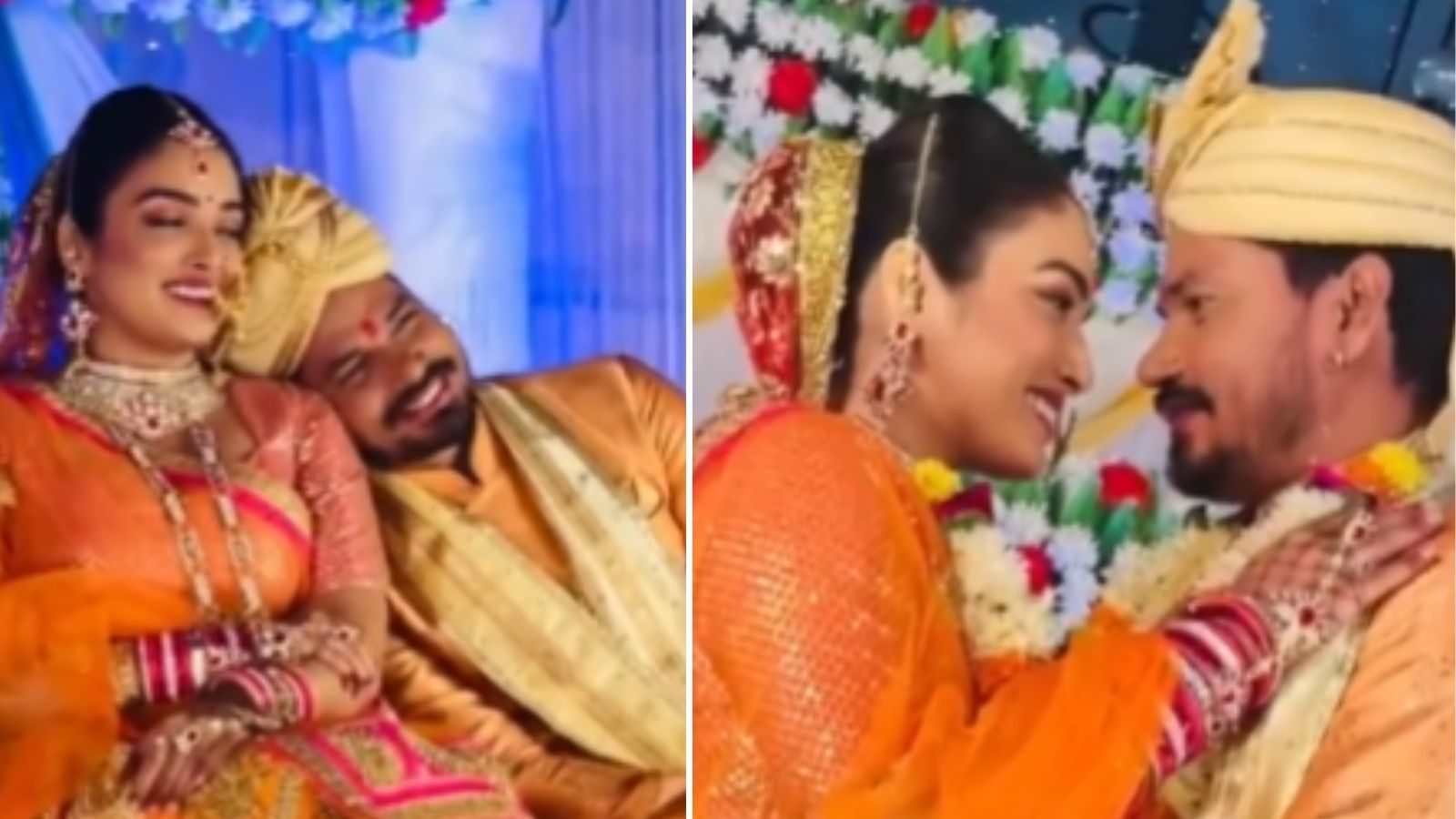 Bhojpuri’s Jubilee Star Dinesh Lal yadav Nirahua and youtube queen Amrapali Dubey The chemistry of this is very famous. Be it reel or real life, the chemistry between them is very much liked by the fans. If any of her video or song comes, then there is a ruckus. In such a situation, now an actress has shocked everyone by sharing her wedding video. In this, there is no one else in the groom’s pair with her but Nirhua’s younger brother Pravesh lal yadav. Seeing both of them together like this, people are commenting a lot and giving shocking reactions.

Actually, Amrapali Dubey has shared wedding videos with Praveshlal Yadav on her Instagram. Along with sharing this video, she has written ‘Saajan’ in the caption. Their video is going viral. It is being seen in this that Amrapali Dubey and Praveshlal Yadav are seen in the couple of bride and groom. Amazing chemistry is being seen between the two during this time. He is also seen giving a great pose. In such a situation, people are commenting fiercely after seeing their chemistry. A user commented on Nirhua and wrote, ‘What is the matter with the younger brother except the elder brother.’ Along with this, many have congratulated her. His video has got more than four and a half thousand likes in just half an hour.

Let us tell you that Amrapali Dubey and Praveshlal Yadav have not married in any real. She is shooting for her upcoming film ‘Saajan’. Both the actors are going to be seen in the lead role in this movie. In such a situation, his video is also from this film, in which both will be seen getting married. After the announcement of this film, fans are eager to see the chemistry between Praveshlal Yadav and Amrapali on screen.

Apart from this, if we talk about Amrapali Dubey’s workfront, then apart from this film, she is also doing movies with Khesari Lal Yadav and Nirhua. He has several films one after the other in his pipeline. She is doing ‘Doli Saja ke Rakhna’ with Khesari. Earlier she was seen in ‘Aashiqui’. At the same time, she is in discussion with Nirhua about ‘Fasal’ and ‘Aai Milan ki Raat’.

New variant of COVID-19 in South Africa stirred up, Government of...