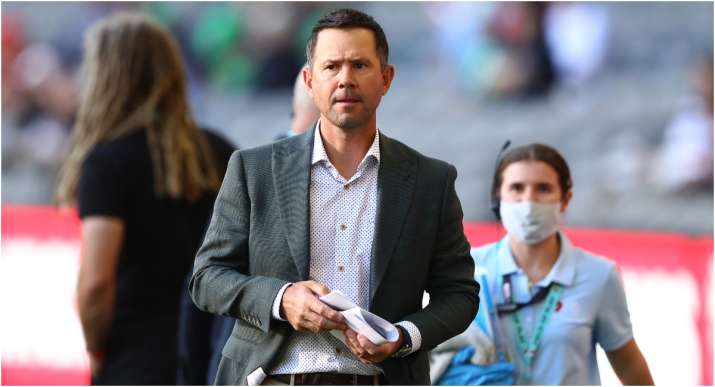 Legendary batsman Ricky Ponting has backed Australian players to take part in the Indian Premier League in the UAE, saying it would be an ideal preparation ahead of the T20 World Cup in October. The remaining matches of the 14th season of IPL will be played from September 19 to October 15, while the T20 World Cup will be held from October 17 to November 14.

Both the tournaments will be played in UAE. Cricket.com.au quoted Ponting, speaking to Australia’s Test captain Tim Paine on Sen Radio, as saying, “Players who haven’t played for three or four months, they have to play top-class cricket against the best players in the world.” Need to get into the rhythm.

“There is no doubt that this will be his best preparation in a similar situation, he will probably get the opportunity to play in the strongest domestic T20 tournament in the world,” he said. Ponting is the head coach of Delhi Capitals in the IPL. Pacer Pat Cummins, who has been out of West Indies and Bangladesh tours to spend time with his pregnant fiancé, is unlikely to play in the IPL as his first child is expected to be born in the middle of the restarting tournament.

Cummins said on his YouTube channel, “It will be very difficult to go there for the second half of this season.” Having said that, I hope that I will be ready for it.

Australia captain Aaron Finch has undergone surgery on his right knee this week. The operation was successful, which would take him 10 weeks to recover. Due to this he has been ruled out till Australia’s first match of the Super 12 stage in the World Cup. Finch had earlier said that he believed it would be difficult for the players to justify returning to the IPL, who had pulled out of the tours citing fatigue and problems with hotel isolation and biologically safe environment.

Riley Meredith, Dan Christian, Moises Henriques, Mitchell Marsh, Adam Zampa, Andrew Tye and Josh Philippe were part of the Australian team that toured the Caribbean and Bangladesh. All of them have contracts with IPL teams.

- Advertisement -
Share
Facebook
Twitter
Pinterest
WhatsApp
Previous article
ENG v IND. Anderson told Lord’s special, said this big thing about the captaincy of Joe Root
Next article
Joe Root’s record is the best against India, will have to be out soon to strengthen his hold in the Lord’s Test
- Advertisement -