‘Siya’ Trailer Review: Story of one woman’s struggle for justice 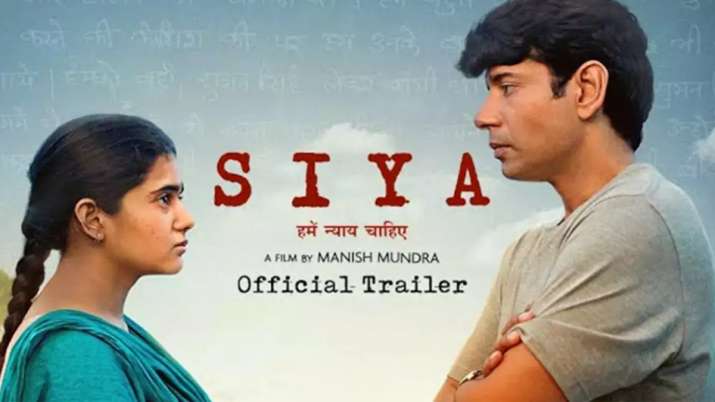 Siya Trailer Review : Vishal Films, which has given films with strong content like Newton and Masaan, is coming up with a story this time that will leave everyone’s goosebumps, recently the teaser of their upcoming film ‘Siya’ was released which became a topic of discussion. And now the makers have released the trailer of the film, which everyone was stunned to see.

Let us tell you that producer Manish Mundra is making his directorial debut with this film. Siya is the story of a small town girl who decides to fight for justice while facing all odds and starts a movement against the vicious male dominated system. Bringing this cinematic experience to life, the banner has roped in talented actress Pooja Pandey to play the lead role of Siya and Rangbaaz’s Vineet Kumar Singh in the film.

Manish Mundra says, ‘Siya is a story of resilience and patience. It also deals with the hypocrisy behind crimes against women. This is such an important story at a time where these atrocities continue to increase across the world. I hope Siya will foster significant dialogue and dialogue on the subject and the audience will understand and support the relevance of the film.

Pooja Pandey says, “It is a life time role. It has challenged every aspect of me as an artiste. Victims have gone through a lot and I had to make sure that the character reflects the rollercoaster of emotions that go through a woman’s mind when something horrifying happens to her. I hope I have done justice to my character and the audience will definitely be able to connect with themselves.

Vineet Kumar Singh says about this, ‘I have always loved challenging roles and Siya is one of them. Working with Manish Mundra has always been a wonderful experience as I have done three films with him before, but this is our first film as a director, and I am extremely happy to be a part of his directorial debut. ‘

Directed by Drishyam Films, Siya is directed by Manish Mundra. The film will be released in cinemas on 16 September 2022.