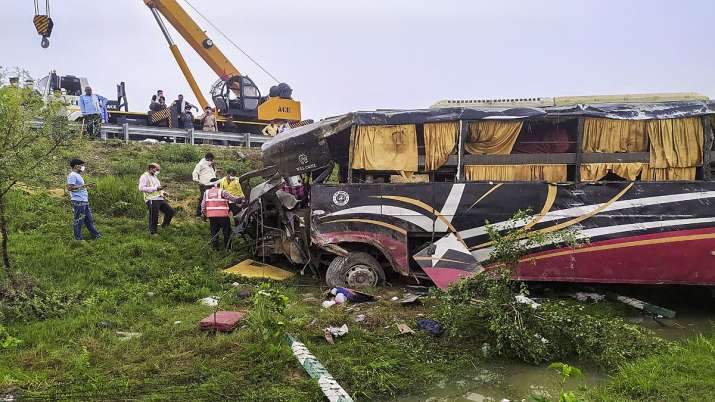 Dadri (Gautam Budh Nagar). A speeding bus collided with a truck parked on the side of the Eastern Peripheral Expressway passing through Uttar Pradesh’s Gautam Budh Nagar, killing one passenger and injuring more than a dozen passengers. The condition of all the injured is said to be critical. All the injured have been admitted to the nearest hospital.

It is being told that there were more than 100 passengers in the bus. According to initial reports, the bus was going from Punjab to Muzaffarpur in Bihar. As soon as the information about the incident was received, the police team and the local people reached the place of incident, pulled out the injured people trapped in the bus and got them admitted to the hospital. Realme Pad Mini budget tablet is coming to India, will the price be in everyone’s... IPL 2022: How is the preparation of Delhi Capitals going? Captain... Man hired a woman to slap her for using Facebook, know... Karnataka: The head master was harassing the nurse by sending obscene... Suhana Khan is working hard for ‘The Archies’! sweating profusely...

Himesh Reshammiya was posing with wife Sonia Kapoor, did something to...