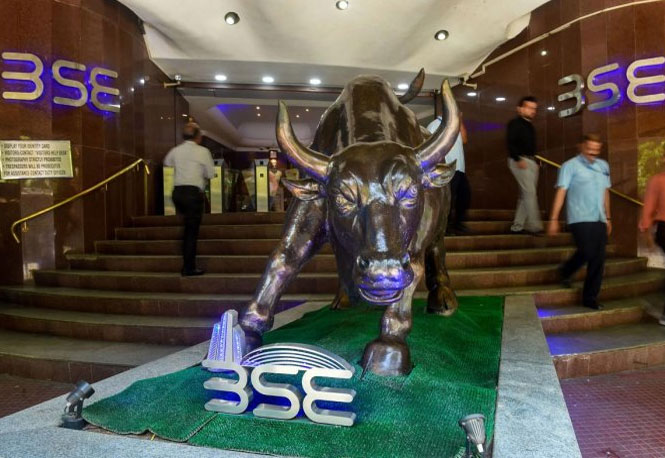 New Delhi. The trend of reaching record levels in the stock market has been seen for the third consecutive day today. However, the gains in the major indices remained limited in Thursday’s trade. In today’s trade, the Sensex gained 123 points at the level of 54493 and the Nifty closed at the level of 16295 with a gain of 36 points. These levels have been the highest closing levels ever for both the indices. In today’s business, the biggest gain was seen in the metal sector.

How was today’s Business

In today’s trading, there was a declining trend in many sectors, although the index managed to close in the green with the help of gains in heavyweight stocks like Reliance Industries and TCS. During trading, the Sensex made a day’s high of 54717.24 and the Nifty made a day’s high of 16,349.45, which has also been the highest level of the index. So far in August, the Sensex has risen from the level of 52587 to the level of 54493, that is, it has seen an increase of more than 1900 points.

How was the sector’s performance?
In today’s business, the biggest gain has been seen in the metal sector, the index has closed up 1.29 percent today. On the other hand, the FMCG sector closed higher by 0.60 percent and the IT sector by more than 0.76 percent. On the other hand, state-owned banks declined by 2.23 per cent, realty sector 1.09 per cent, banking sector 0.54 per cent and auto sector 0.21 per cent.

- Advertisement -
Share
Facebook
Twitter
Pinterest
WhatsApp
Previous article
CM Mamata wrote a letter to PM Modi saying – If the supply of vaccine is not increased, then the situation of Corona can become serious.
Next article
Article 370, Ram Mandir and medals in hockey… PM Modi said – the date of August 5 has become special
- Advertisement -