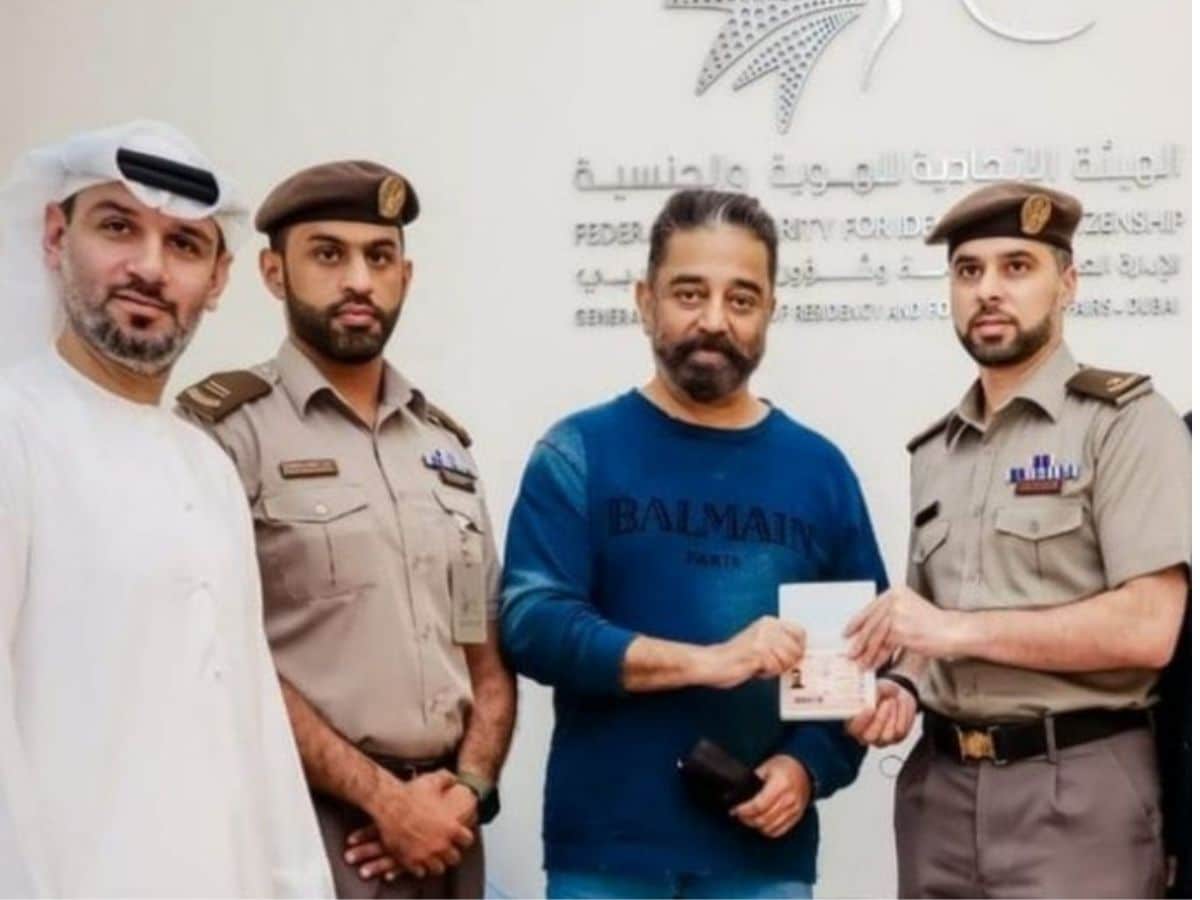 Kamal Haasan is enjoying his spectacular comeback after four years these days. His film ‘Vikram’ has rocked the box office, in which he has once again introduced people with his incredible performance. Made at a cost of Rs 120 crores, this film has done a business of 400 crores so far and is still running in theatres. Recently, Kamal Haasan had reached Dubai to promote his film, where he has received a great honor.

Kamal Haasan, one of the top stars of the Tamil film industry, recently shared a post on his social account in which he told that the United Arab Emirates has given me its prestigious Golden Visa. Vikram Starr wrote in his post: ‘I am honored to have received Golden Visa from UAE.

Thanks to Lt Gen Mohamed Ahmed Al Marri, Director General, GDRFA, for his visit to the General Directorate of Residency and Foreigners Affairs office in Dubai. The actor further wrote,. ‘Thank you to the Dubai Film and TV Commission for supporting the talents and creatives.’

Before ‘Vikram’ star, these Indian celebs have golden visa

#UAE’s prestigious 10-year #GoldenVisa given to #KamalHaasan. @ikamalhaasan was one of the first to be recommended for it, but due to pandemic and his busy shooting schedule he could not go. pic.twitter.com/fmNemyx1ZG

For information, let us tell you that Kamal is not the only celeb who has been given the Golden visa of UAE. Many artists including Sonu Sood, Paheli Nasir, Mammootty, Mohanlal, Tovino Thomas, Parthiapan, Amala Paul and Shahrukh Khan have received this award.

What are the benefits of Golden Visa

The UAE Golden Visa is a long-term residence visa system with a duration of five to 10 years. After this the visa gets renewed automatically. It is given to achievers, professionals, investors and people with promising abilities from different fields. Since Kamal Haasan is a well-known star of the film industry, he keeps visiting Dubai many times.

Kamal Haasan will be seen in these films

After the grand success of ‘Vikram’, getting a golden visa for Kamal Haasan is a big achievement. The film, written and directed by Lokesh Kanagaraj, also starred Vijay Sethupathi and Fahadh Faasil. At the same time, Surya has won a lot of praise through a cameo role in it. Kamal Haasan will now be seen in films like ‘Indian 2’, ‘Bharatheeyudu 2’ and ‘Papanasam 2’.

Rana Daggubati arrived on a dinner date with Miheeka...

Actor Vishal is seriously injured, Accident in the fight...