Taliban Returns: What happened at night in Kabul, the capital of Afghanistan? 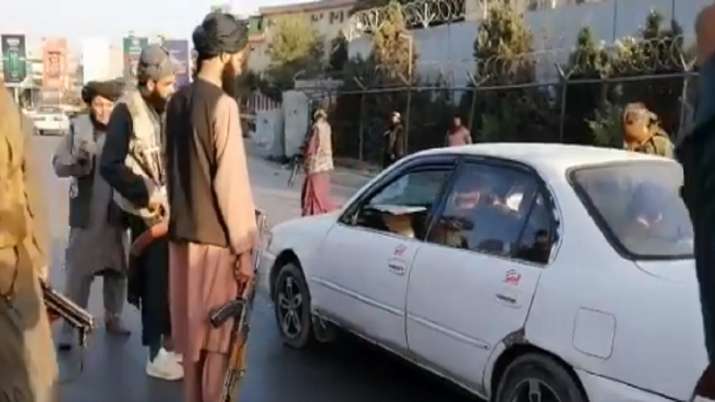 Kabul. After 20 years in Afghanistan, the Taliban have once again returned at gunpoint. After various cities, Taliban fighters headed towards Kabul yesterday, at first the Taliban fighters stayed on the outskirts of Kabul but in the evening they entered the city, after which the chaos in Kabul increased further. Afghan President Ashraf Ghani had left Kabul yesterday in the midst of odd circumstances. According to reports received from sources, apart from Ashraf Ghani, people close to him have also gone out of Afghanistan.

Security missing from Kabul airport
According to the information given by the reporters of various media institutions till late night, security personnel were absent from Hamdi Karzai Airport in Kabul. There is an atmosphere of chaos at the airport, thousands of Afghan citizens are also present at the airport to leave the country.

France moving its embassy from Kabul to the airport
France is currently relocating the French embassy in Kabul to Abu Dhabi airport to evacuate all its citizens from Afghanistan. Foreign Minister Jean-Yves Le Drian said in a statement on Sunday that troops and aircraft would be deployed to the United Arab Emirates in the coming hours.

- Advertisement -
Share
Facebook
Twitter
Pinterest
WhatsApp
Previous article
The stock market is at a new peak, but there is an increased fear of a sharp fall, this week the stock market may move like this
Next article
Flipkart Quiz August 16, 2021: You can win great prizes sitting at home through Flipkart, you can also get discount coupons
- Advertisement -