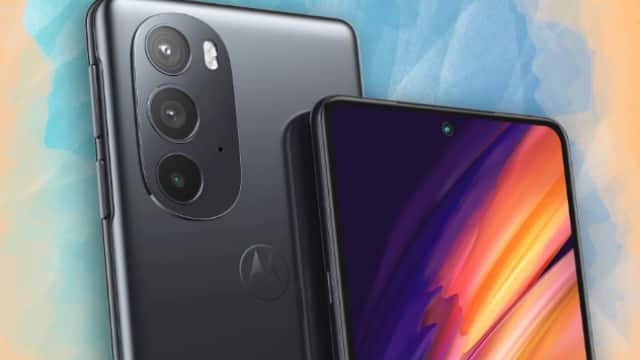 Motorola Edge 30 Ultra, aka Moto Edge X, seen in a render shared by well-known tipster Steve Hemmerstoffer (@OnLeaks) in collaboration with 91Mobiles. As mentioned, the leaked renders show the handset in Blue and Gray colours. Motorola is likely to introduce the Edge 30 Ultra in more color options. The upcoming Motorola handset is seen to sport a punch-hole display with thin bezels and flat edges.

The power button is visible on the left spine of the phone, while the volume rocker is on the right side. The smartphone is also expected to feature a Google Assistant button and a fingerprint sensor. Apart from this, a microphone, a speaker grille and a USB Type-C port can be seen at the bottom.

When it comes to optics, the leaked renders suggest that the phone may come with a triple rear camera setup, which confirms the previous leaks. Shown is a rectangular module to house the rear cameras, along with an LED flash and a noise-canceling microphone. The dimensions of the Motorola Edge 30 Ultra are said to be 163.1×76.5×8.8mm (10mm including the rear camera bump). 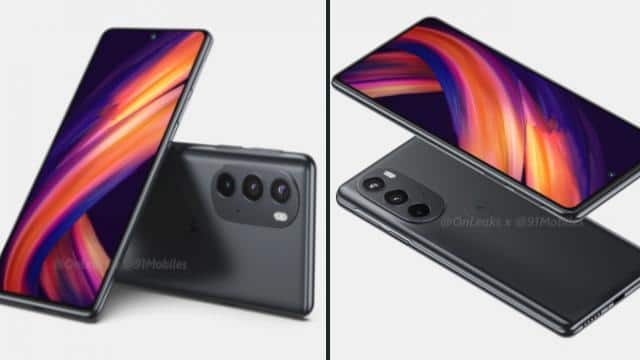 Previous leaks suggested that the Motorola Edge X could feature a 6.67-inch Full HD+ OLED display with a refresh rate of 144Hz and support for HDR10+. It is also tipped to pack Qualcomm Snapdragon 898 chipset and is said to come in two RAM and storage configurations – 8GB+128GB and 12GB+256GB. It can run on Android 12 OS.

The phone’s triple camera system is tipped to include two 50-megapixel snappers and a 2-megapixel depth sensor. For selfies, the smartphone is expected to get a 60-megapixel shooter. The upcoming Motorola handset is said to feature a 5000mAh battery with support for 68W fast charging.

- Advertisement -
Share
Facebook
Twitter
Pinterest
WhatsApp
Previous articleCovid-19 Update: Policy will be prepared soon regarding Covid-19 booster dose, analysis of CDSCO continues on the results of clinical trials
Next articleJammu and Kashmir: Srinagar recorded the coldest night of the season, Pahalgam recorded a temperature of minus 3.4 degree Celsius.
- Advertisement -

Urfi Javed shared screenshots of conversation with the blackmailer,...

Raju Srivastava’s family issued a statement and told how...