Tokyo Olympics: Wednesday is action packed day for India, medals are expected from these athletes 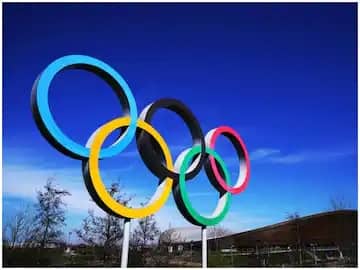 Tokyo Olympics: In the welter weight category of the Indian women’s hockey team and boxing, Lovlina has a golden chance to reach the finals of the Olympics on Wednesday. Boxer Lovlina will face Turkey’s Suryanelli Benz, who won the 2019 World Championship gold medal. Surmenelli, who previously boxed in the middle weight category, is now boxing in welter weight by reducing the weight. In such a situation, a very interesting match is expected between the two boxers.

Wrestlers like Deepak Poonia and Ravi Dahiya will play in wrestling on Wednesday morning. After 8 in the morning, there will be pre-quarterfinal matches in wrestling. Anshu will also take the field in the women’s 57 kg freestyle event. Here in Javelin Throw, Neeraj Chopra and Shivpal Singh will land on Wednesday morning to play the qualifying round.

golf
Aditi Ashok and Diksha Dagar, 1st round in women’s individual stroke play from 04:00 am

- Advertisement -
Share
Facebook
Twitter
Pinterest
WhatsApp
Previous article
Ind vs Eng, 1st Test Live Streaming: Where and how to watch live telecast and streaming of India vs England Test
Next article
Live Tokyo Olympics 2020 Updates Day 12: Neeraj Chopra qualified for the final with a throw of 86.65m in the first attempt itself
- Advertisement -